Home Culture The White Tiger: Why the world has found a star in Adarsh... 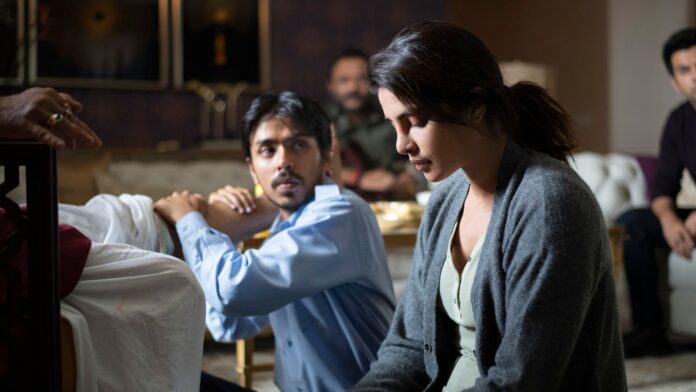 “It’s the century of the brown man and the yellow man, and God save everybody else,” asserts Balram Halwai, the servant-turned-entrepreneur whose rise we follow in The White Tiger, towards the end of the tale.

Newcomer Adarsh Gourav stars in the story of the poor kid from an Indian village who claws his way up from the “have nots” to the “haves”, adapted from the 2008 Booker Prize-winning novel by Aravind Adiga.

While there have been inevitable comparisons to India’s most famous rags-to-riches film made in recent years, Danny Boyle‘s Oscar-winning Slumdog Millionaire, also released in 2008, this is no Cinderella tale.

Balram is funny, cheeky and instantly likeable, but it isn’t these qualities or simple good fortune that help him make the rare leap into the country’s movers and shakers. He is also cunning and ruthless but, having experienced a lifetime of injustice and the cold stab of betrayal, and played so well by Gourav, the viewer can sympathise with his choices.

Has director Ramin Bahrani found a star in Gourav?

“I would say the world has found a star in Adarsh,” he replies. “He’s just phenomenal.”

Balram is “a very complex character”, Bahrani tells Sky News. “I was fortunate to find a great leading actor in Adarsh, who was able to… he brings a smile to your face because he’s so charming, but also has the other side of him.”

Told in two parts, the film starts in the middle, with an ominous car swerve quickly freeze-framed before we are taken back to the events leading up to the situation. After we get there, the film takes a different, much darker tone.

“In a way, I owe that to the brilliant novel by Aravind Adiga,” Bahrani says. “The novel is very… if you’ve ever read it, it’s a very quick read, it kind of jumps out of your hands as you’re reading it.

“It’s so propulsive and funny and satirical and darkly weird, and it’s broken in half in a way. The first half feels a bit more fun and playful while still taking hard jabs at the world.

“But then there’s a major turning point in the middle of the novel and in the film. And from there to the end, things get a little bit darker and more strange. And so it was always imagined that way.”

A friend of Adiga’s from college, Bahrani saw Balram brought to life even before the book was published.

“I was reading the novel for about four years before it was published, in rough form, and immediately was drawn to Balram because he is so… his perceptions are so unique, biting, funny, and he sees the world in a way you haven’t read before or seen before.

“And it’s kind of due to Aravind, the author, the time he spent as a journalist in India at that time, travelling the country and looking at his country from the perspective of the underclass – he himself is middle class, Aravind – and so I think he saw the country in a totally different way and translated that into Balram’s strange mind.”

The film also features big-name stars Rajkummar Rao and Priyanka Chopra Jonas, arguably the biggest Indian star who has made the leap to Hollywood. Chopra Jonas is also an executive producer on the film, telling Sky News she chased to work on it and is determined to get more South Asian stories “influxed” into Western culture.

Priyanka Chopra Jonas on why she chased The White Tiger

But it is Gourav who steals the show. Is the 26-year-old ready for stardom?

“I don’t know about the stardom part but I’m definitely excited to work with people who have a strong voice and people who are ready to experiment and say something different than the standard norm,” he tells Sky News. “And, yeah, I’m excited to see what kind of doors get opened up with this.”

Like Bahrani, Gourav says he was instantly attracted to the character of Balram.

“It’s the complexity of the character. You get to see so much through Balram’s eyes and just a kind of unprivileged upbringing that he’s had and this whole journey that he takes, from coming from the side of the ‘have nots’ to finally coming to the side of the ‘haves’, where he becomes a rich and successful businessman.

“I think that entire journey was very fascinating and I think it would be a huge opportunity for any actor.”

Bahrani and Gourav agree on what they hope viewers will take away from the film.

“I just hope that people really enjoy the film because it’s infused with humour,” says Gourav.

“There’s a lot of sarcasm and at the same time it’s also very introspective and it makes you ask questions to yourself, opens up conversations with people who are watching it with you and acts as a mirror for society.”

“Honestly, I hope they just go on a fun, crazy, wild and a big dark ride with this great character, Balram Halwai,” says Bahrani. “And if they ask a few questions about the world they live in, that’d be great, too.”

The White Tiger is out now on Netflix