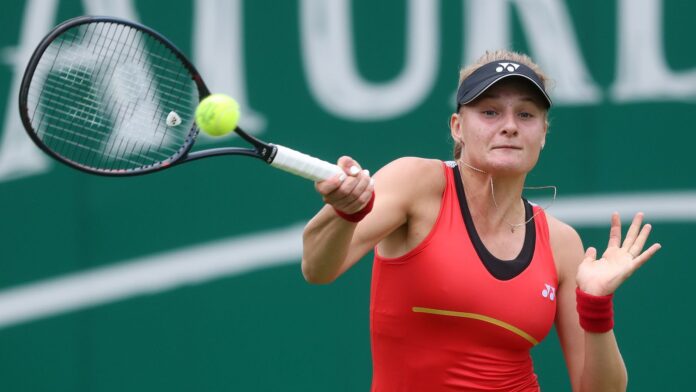 Dayana Yastremska’s appeal against doping suspension rejected by ITF; Yastremska was provisionally suspended on January 7 after a banned substance was found in an out-of-competition urine sample; World number 29 had travelled to Melbourne to play in Australian Open

Dayana Yastremska, who is quarantining in Melbourne ahead of the Australian Open, has had her doping ban appeal rejected by the ITF.

Ukraine’s world No 29 Yastremska is currently in a hard 14-day quarantine after a passenger on her flight to Australia tested positive for coronavirus.

She was provisionally suspended on January 7 after WADA found a banned substance in an out-of-competition urine sample.

The 20-year-old provided the sample in November and a WADA lab in Montreal found the presence of mesterolone metabolite, an anabolic agent on its prohibited list.

“An application by Dayana Yastremska to lift the provisional suspension imposed on her on January 7 under Article 8.3.1(c) of the 2020 Tennis Anti-Doping Programme has been denied by the Chair of the Independent Tribunal convened to hear her case,” the ITF said in a statement on Saturday.

Yastremska denied using performance-enhancing drugs and said the positive test was the result of a “contamination event”.

She had travelled to Melbourne for the Australian Open, scheduled to begin on February 8, after applying to have her provisional suspension lifted.

The ITF said its latest decision is subject to appeal to the Court of Arbitration for Sport by Yastremska, WADA and the National Anti-Doping Center of Ukraine.