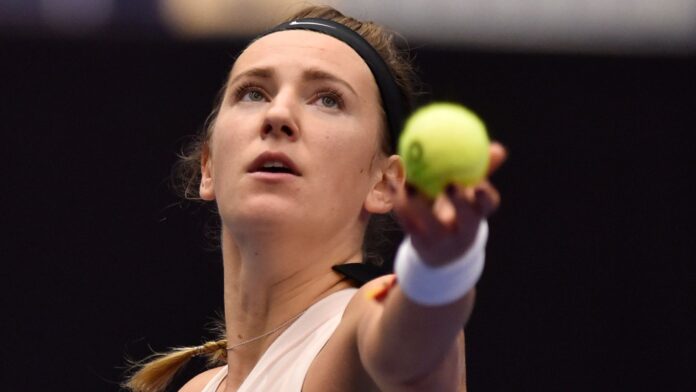 Australian Open officials have announced there will now be three WTA 500 events ahead of the tournament for players who have been unable to train since arriving in the country; 72 players are in a 14-day lockdown having been on planes where passengers have tested positive for COVID-19

Organisers of the Australian Open have added an extra women’s warm-up event for players who have been unable to train.

Competitors who arrived in Australia earlier this month are undergoing a strict quarantine process, where they can only leave their rooms for several hours a day to practice.

However, there are 72 players – including British number two Heather Watson and former Australian Open champion Victoria Azarenka – in a full 14-day lockdown having been on planes where players and coaches tested positive for the virus. They are not allowed out of their hotel rooms at all.

Officials of the opening major of the year, which begins on February 8, have revealed there will now be three WTA 500 events – the two originally scheduled from January 31 to February 6, with an additional tournament for players who have been unable to train that starts on February 3 and concludes on February 7.

The three men’s events have all been pushed back by 24 hours in a bid to aid those competitors in full quarantine.

Australian Open tournament director Craig Tiley said: “This has been a particularly challenging time for the athletes in hard lockdown and we, along with the WTA and ATP, aim to do everything we can to help.

“These changes to the lead-in events have been made to give the 72 players a little bit of extra time to help them prepare. We also will prioritise them for things like practice sessions, gym and ice baths.”

Andy Murray confirmed this week he will miss the Melbourne tournament having failed to find a “workable quarantine” after he recovered from coronavirus.

The former world number one is out of self-isolation but could not find a solution to the logistical challenge of getting to Australia and then quarantining ahead of the grand slam.

One case of COVID-19 among those in quarantine has been reclassified local health officials said on Sunday, leaving nine active cases in the group of players and support staff isolating in hotels.