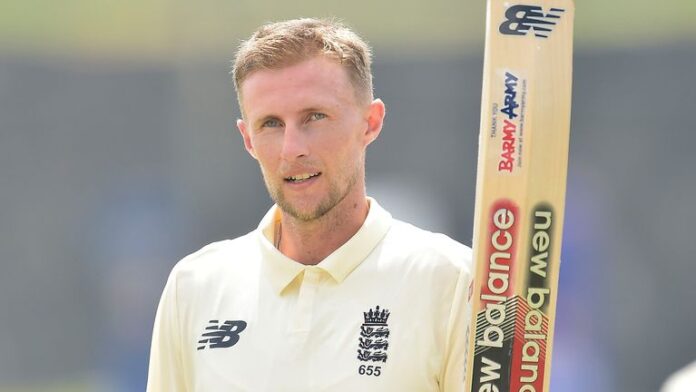 Joe Root run out for a brilliant 186 in final over of day three as England close on 339-9, trailing by 42; Sri Lanka spinner Lasith Embuldeniya takes career-best 7-132; watch day four of second Test from 4.25am, Monday on Sky Sports Cricket

Joe Root continued his magnificent start to 2021 with his 19th Test century as England’s second Test in Sri Lanka remained firmly in the balance.

Having scored 228 in the series opener, the England captain was run out for 186 in the final over of day three after some sharp work by Oshada Fernando at short leg, leaving the tourists 339-9 at stumps, trailing by 42.

Left-arm spinner Lasith Embuldeniya was Sri Lanka’s main threat again throughout the day, completing his third five-wicket haul in just his ninth Test and going on to record highly impressive career-best figures of 7-132.

Root shared partnerships of 111 and 97 with Jonny Bairstow (28) and Jos Buttler (55), respectively, and put on 81 with Dom Bess (32) for the seventh wicket to keep England in with a chance of first-innings parity before his dismissal with the action of the evening session left them facing a deficit.

That deficit would be far greater were it not for the England captain, who moved past Geoffrey Boycott, Kevin Pietersen and David Gower on the list of England’s all-time Test run-scorers during a masterful innings, and the match remains on a knife-edge, largely as a result of his immense 309-ball effort.

Resuming on 98-2, Root and Bairstow brought up their hundred partnership early in the day but the latter added just four to his overnight total before Embuldeniya struck, a Sri Lanka review showing an inside edge as he pressed forward with the ball looping up to gully off the pad.

Root was still in fine touch though, demonstrating as much with a brilliant switch him for four off Dilruwan Perera as he moved towards three figures.

Dan Lawrence was unable to repeat the success he had on debut as he fell to a beauty from Embuldeniya that drifted in to him on the angle and turned sharply away to take the edge, Lahiru Thirimanne taking the chance at slip.

That brought Buttler in with England precariously placed at 132-4 but he batted positively, getting off the mark with a reverse-sweep for four and helping Root to put some pressure back on the bowlers.

The skipper brought up his century from 139 balls, the first time in his career he scored hundreds in back-to-back Tests, but with England still 200 runs behind at lunch, the Yorkshireman’s job was far from done.

As Sri Lanka spread the field to try and slow Root down, Buttler was the chief run-scorer in the partnership and brought up his 18th Test fifty from 80 balls, only to depart soon afterwards in unfortunate circumstances.

Trying another reverse-sweep, the wicketkeeper-batsman got an under-edge and the ball looped up off his boot to short leg. Buttler survived in near-identical circumstances in the morning session when the third umpire saw enough evidence that the ball had hit the ground first but this time there was no such luck and debutant Ramesh Mendis had his first Test wicket.

Sam Curran (13) made sure he was still with Root when the second new ball was taken, survived an lbw review off Dilruwan in the first over after it was taken and then dumped the off-spinner over long on for six, but, on the stroke of tea, Embuldeniya found the left-hander’s outside edge.

Root remained a picture of calm as the evening session began, becoming the first England batsman since Marcus Trescothick in 2005 to record scores of 150-plus in back-to-back Test matches; the ninth time the 30-year-old has reached the milestone in his 99 Tests.

Sri Lanka briefly had two seamers bowling in tandem to try and dry up the runs but Bess broke the shackles with a pair of boundaries off Suranga Lakmal to take the visitors to within 100 of the hosts’ first-innings 381.

By that stage, Root was beginning to tire and showing signs of cramp, but battled on and brought up England’s 300 and the fifty partnership with Bess with a boundary drilled through extra cover.

Embuldeniya was again the man to find the breakthrough for Sri Lanka, producing another cracker to have Bess caught at slip, two balls after an edge to gully was determined to have been grounded by the third umpire.

Mark Wood (1) was the spinner’s seventh victim, attempting a slog-sweep and nicking the ball to Thirimanne at slip, who grabbed it high to his left for his fifth catch of the innings, before avoiding eye-contact with his captain on his way off, given the manner of his dismissal.

Jack Leach (0no) was rather more circumspect while Root, who offered the first chance of his innings when he sent an edge just past the talkative Niroshan Dickwella and just to the left of the diving Thirimanne, swept his way towards 200.

His bid to become the first England batsman to score double hundreds in successive Test matches in more than 100 years was ended in the last over of the day.

Root pressed forward and turned the ball to leg, moving just out of his ground and when Fernando took the ball cleanly on the bounce at short leg, an exhausted England captain was unable to get back before the ball dislodged the bails.

It was a frustrating end to day three for Root and England, who will hope Leach and James Anderson can add a few more runs on day four as a fascinating Test match moves towards an exciting conclusion.

Watch day four of the second Test between Sri Lanka and England from 4.25am on Monday on Sky Sports Cricket.