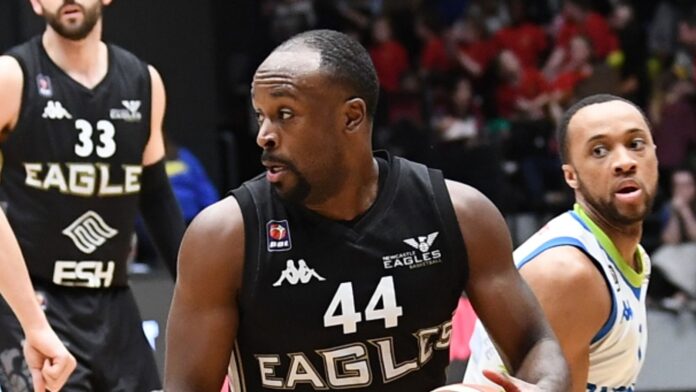 Coverage of the BBL Cup Final between London Lions and Newcastle Eagles live from 3pm. You can also watch the game live on Sky Sports Arena.

Hit play on the video to watch full coverage – for free – as the London Lions and Newcastle Eagles meet in the BBL Cup Final.

Leicester’s Morningside Arena is the venue – after the University of Worcester Arena was flooded – for the latest action from a busy season in the BBL, and silverware is on the line as the top two teams in the Championship meet.

It’s London who currently top the standings and they face an Eagles team with history on their side having won the BBL Cup five times, most recently in 2017.

Sunday had been due to be a Cup Final double with Leicester and Nottingham going head-to-head for the women’s BBL Cup Final.

However, a statement from the league confirmed that Covid-disruption meant the game was postponed, with a new date expected to be agreed in due course.

Instead, coverage on Sunday began with action from the men’s Championship where Leicester Riders hoped to take advantage of the Lions and Eagles Cup Final showdown and close the gap at the top of the table. They took on a Glasgow Rocks team chasing just their third win of the season.

Watch a re-run of their game here: