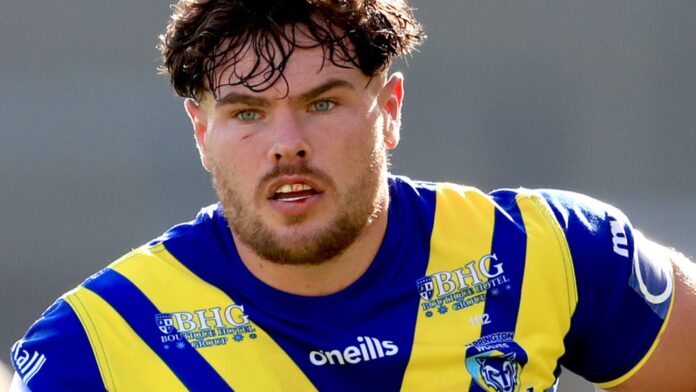 Joe Philbin has made 136 senior appearances for Warrington so far; the 26-year-old front or back-rower is included in England head coach Shaun Wane’s elite squad preparing for the 2021 World Cup

Warrington’s Great Britain forward Joe Philbin has signed a new contract that will keep him at his home-town club until at least the end of 2024.

Philbin played for Ireland and England Knights before going on the Great Britain tour in 2019 and is included in England head coach Shaun Wane’s elite squad preparing for the 2021 World Cup.

The 26-year-old front or back-rower, who has made 136 senior appearances so far, progressed through the club’s scholarship and academy systems.

“He’s a very popular member of our playing squad and is held in high regard by all of his team-mates and coaches. He is continually growing as a player and as a leader within our football team.

“He’s one of our own, a local junior who came through our system who loves the club. For him to commit his long-term future to Warrington is great for our town.”

Philbin, who has been with the Wolves since the age of 15, added: “I’m absolutely over the moon to sign a new contract with the club.

“Every single game in which I run out at the HJ I never take for granted. It makes it that little bit more special that I’ve been brought up in this town to now sign a long-term deal with the club.

“I still see myself as one of the younger lads but I’m getting older now at 26 and want to develop more into a leader around the boys.

“We’ve got a really exciting crop of young players coming through and it’s one of my jobs now to lead them into becoming better players.”