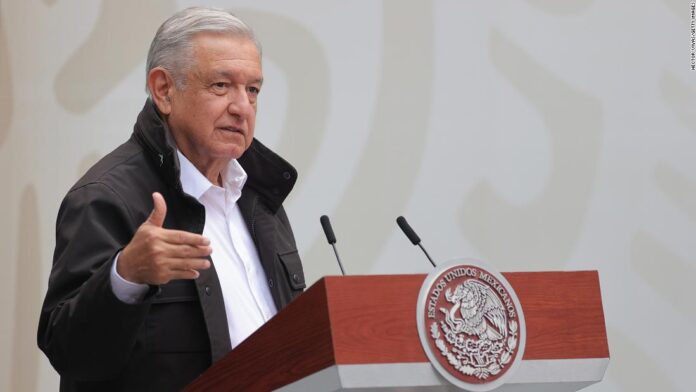 The President, who tweeted from his official Twitter account, said his symptoms are mild and that he was receiving medical treatment.
“I regret to inform you that I have contracted Covid-19. The symptoms are mild, but I am already receiving medical treatment. As always, I am optimistic. We will move forward,” Lopez Obrador wrote.
The President added that he would continue his duties from the Presidential Palace, which include conducting a planned phone call with Russian President Vladimir Putin on the topic of Russia’s Sputnik V vaccine Monday.
“I will be conducting all public affairs from the National Palace. For example, tomorrow I will take a call from President Vladimir Putin, because irrespective of friendly relationships, there is a possibility that they will send us the Sputnik V vaccine,” Lopez Obrador said on Twitter.
He added that Secretary of the Interior Dr. Olga Sanchez Cordero will represent him at the daily morning briefings.
Mexico is one of 17 countries in the world that has reported more than 1 million Covid-19 cases. Newly confirmed deaths and cases have risen steadily throughout the country since early October, with recent daily numbers some of the highest since the beginning the pandemic.
According to Johns Hopkins University, Mexico has recorded at least 1,752,347 Covid-19 cases and 149,084 people have died from the virus in the country.
In hardest-hit Mexico City, nearly 30 public hospitals report they have reached 100% percent capacity, and many others are approaching that mark. The city’s Mayor Claudia Sheinbaum has urged residents to not go out unless absolutely necessary.
In December, Mexico City and the state of Mexico were placed into “red level,” the highest measure on the country’s stoplight alert system for Covid-19 restrictions. The tighter measures included the closure of indoor dining, with only essential sectors like transport, energy, health and construction remaining open.
Lopez Obrador, who rarely wears a mask, has faced widespread criticism over his handling of the pandemic.
Mexico has one of the lowest testing rates of any major country around the world and tests are often expensive and difficult to come by.