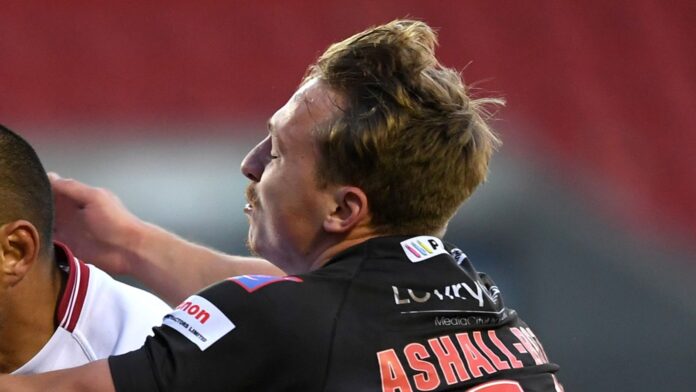 Olly Ashall-Bott has joined Huddersfield Giants on a 10-month contract; the full-back had signed for Ottawa Aces last summer before their first season in League One was postponed; Ashall-Bott has also played for London Broncos, Salford, and North Wales Crusaders

Huddersfield have announced the signing of full-back Olly Ashall-Bott on a 10-month deal.

The 23-year-old initially signed for Ottawa Aces in August before the Canadian club were forced to postpone their debut season in League One.

Watson said: “Oliver has shown massive potential over the last few years but has had a tough run of injuries to deal with.

“With a full pre-season under his belt and working with the backroom team at the Giants, Oliver is with the right group of players to prove he is a top full-back.”

Ashton Golding will miss the start of the Super League season for the second successive year after dislocating a shoulder in training with Huddersfield Giants.

The 24-year-old was forced to delay his full debut for the Giants in 2020 after joining from Leeds Rhinos due to tearing a hamstring in a pre-season friendly and the club have announced he will now be out until late May following his latest setback.

Jamaica international Golding, who played a key role in the country’s qualification for the 2021 World Cup, is set to undergo surgery this week.