Home Culture A generational showdown between Brady and Mahomes 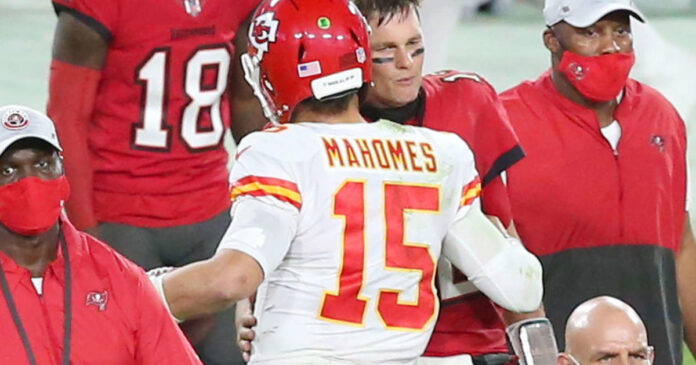 Tampa, Florida — Super Bowl LV is set: the Kansas City Chiefs vs. the Tampa Bay Buccaneers. It’s a home game for the Buccaneers — as if their legendary quarterback Tom Brady needed an advantage.

Brady, a six-time Super Bowl champion, has now done the unthinkable, leading another team to the Super Bowl in just his first year with the franchise.

Standing in his way is superstar Patrick Mahomes, who has established himself as the face and the future of the NFL. This dynamic highlight machine is leading the Chiefs to their second straight Super Bowl. It’s no easy task — the last quarterback to win back-to-back Super Bowls was Brady in 2004 and 2005.

Brady, who is old enough to be Mahomes’ father, won his first Super Bowl when Mahomes was in kindergarten. This is a generational showdown. The old guard taking on the new guard. History vs. the future. The 43-year-old legend against the 25-year-old kid.

The February 7 game at Tampa’s Raymond James Stadium will be Brady’s 10th Super Bowl appearance. He already has more Super Bowl wins than any player in league history. Another win would give him more wins than any other franchise.

The Buccaneers defeated the No. 1 seeded Green Bay Packers on Sunday, 31-26, to win the NFC and a spot in the Super Bowl. The Buccaneers will be the first team in Super Bowl history to play the championship in their home stadium.

“The belief he gave to this organization that it could be done,” said head coach Bruce Arians when he was asked what Brady brought to the team. “It only took one man.”

Brady had been with the New England Patriots for 20 years before moving on to Tampa.

Mahomes said facing off against Brady would be “a great experience.”

“To go out there and get to have a chance to repeat and get to do it against the best, I mean it’s something special and I’m excited for the opportunity,” he said.

Mahomes will be the first quarterback to start multiple Super Bowls by age 25 or younger. Not even Brady has those bragging rights.