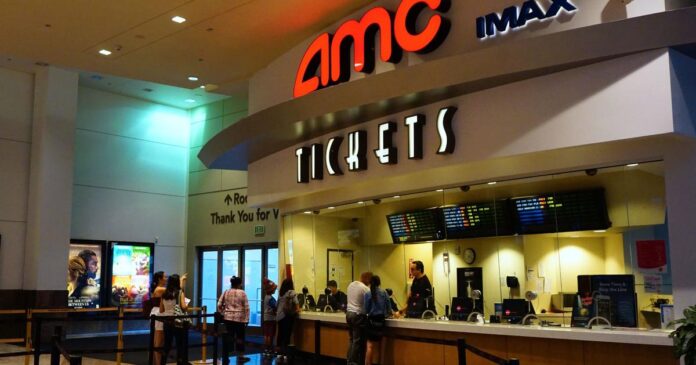 Movie theater chain AMC Entertainment, which was pushed to the brink of bankruptcy last year by the coronavirus pandemic, said Monday its doors will remain open in 2021 — thanks to a $917 million infusion of cash.

“This means that any talk of an imminent bankruptcy for AMC is completely off the table,” CEO Adam Aron said in a statement.

More than half of the new funding, $506 million, comes from investors who purchased AMC shares during the company’s December stock offering, the company said. The remaining amount comes from a $411 million line of credit AMC took out through its European subsidiary, Odeon.

AMC expects the $917 million to keep its operations afloat well into 2021. The company will make it through all of 2021, if moviegoers return to theaters, and if landlords are willing to lower rent payments, AMC officials said in a regulatory filing.

Millions in extra funding means “the sun is shining on AMC,” Aron said. The CEO also acknowledged that the rate in which COVID-19 vaccines are rolled out will ultimately decide the company’s fate.

“We are going to need for much of the general public in the U.S. and abroad to be vaccinated,” Aron said. “To that end, we are grateful to the world’s medical communities for their heroic efforts to thwart the COVID virus.”

Movie theaters have been crippled by COVID-19 over the past year, as locations in the country’s top markets, Los Angeles and New York City, remain closed, while those in operation are forced to limit seating to 50% capacity in order to keep moviegoers socially distanced from one another.

AMC, Cinemark, Regal and other theaters are also reporting revenue fallout as many of the year’s most anticipated blockbusters have either been postponed or released on streaming services. Movie theater companies saw their revenue plummet by more than 75% last spring and summer, according to data from the Motion Picture Association, Directors Guild of America and National Association of Theatre Owners.

Declines in attendance and revenue at AMC theaters in the U.S. reached 92% by the end of the third quarter of last year, leading the company to predict it would run out of cash by the end of 2020.

Numbers for the fourth quarter were no better. AMC saw a 92.3% drop in U.S. attendance in the fourth quarter, compared to the same period a year ago, according to a recent SEC filing. As of that time AMC was operating 438 of its 593 U.S. locations open with limited seating and was burning through roughly $125 million a month to do so, the filing states.

With the new funding, AMC bought itself enough time to see if President Joe Biden’s pledge to ramp up the vaccine rollout to 100 million people over the next 100 days would be successful, said Michael Pachter, a Wedbush Securities analyst. Pachter said he foresees a huge return of audience members to U.S. movie theaters this summer — if a majority of Americans are vaccinated by spring.

“And the movie studios would make sure we have a great movie to see every week,” he said.

Those who invested in AMC recently are also betting that movie theaters will come roaring back, once the fear of catching COVID-19 is eliminated, Pachter said.