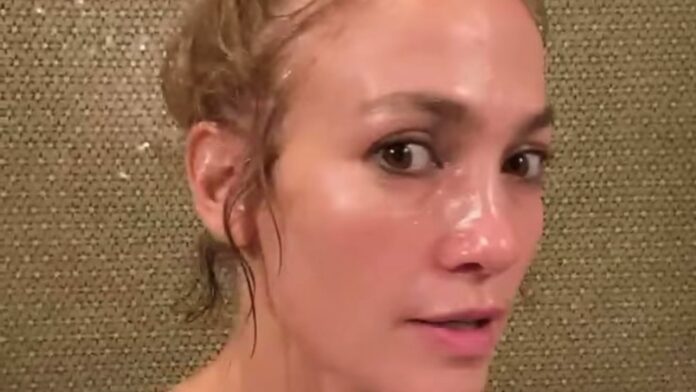 Jennifer Lopez has spoken out to set the record straight on speculation that she has had Botox, saying to her detractors: “Please don’t call me a liar.”

It comes after the star, 51, made headlines for her response to an Instagram user who cast doubt over how she achieves her youthful looks.

Lopez had posted a video on the social media site, showing her glowing skin after saying she had used a face mask from her own beauty range, which sparked the exchange.

Now, in an interview with People magazine in the US, the singer and actress has said she could not let the comment – which said the star had “definitely” had “tons” of Botox – go without responding.

“I don’t judge anybody,” Lopez said in the interview. “If you want to do Botox and injectables, that’s fine! But I don’t want people lying on me and saying, ‘Oh, she’s trying to make believe that this stuff works’.

“No, I’m telling you what I do that works! Please don’t call me a liar. I don’t have to lie about things. I’ve been pretty honest about my whole life.”

Lopez, who is renowned for her age-defying looks, said that if she had had Botox, she would admit it.

“I just felt it had to be set straight, but in a loving way. And one of my big beauty secrets is that I try to be kind to others and lift up other women.

“I think that that is important for us to do for each other instead of trying to tear people down.”

In her original response to the Instagram commenter, Lopez responded by saying: “LOL thats just my face!!! ….For the 500 millionth time… I have never done Botox or any injectables or surgery!! Just sayin.”

Since then, she’s been making headlines for a different reason – after performing at President Joe Biden’s inauguration.

She performed a medley of This Land Is Your Land and America The Beautiful at the ceremony, which also saw Lady Gaga delivering an emotional rendition of The Star-Spangled Banner.