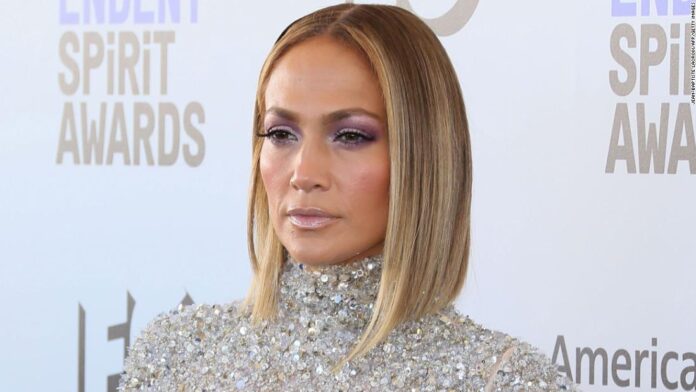 That same weekend, Lopez’s second album, “J.Lo,” landed at the top of the Billboard 200 chart, giving her the country’s No. 1 album at the same time.
“The Wedding Planner” costars Jennifer Lopez and Matthew McConaughey reunited Tuesday on Instagram Live to talk about making the movie.
“It still feels like just yesterday we were in the middle of that field with the movie theater,” Lopez told McConaughey. “I so enjoyed working with you. It was a magical time. I’m such a romantic too that working on those types of movies have a real feel to me.”
Separately, Lopez has been talking about her seemingly ageless look, telling People magazine she doesn’t use injectables.
“I don’t judge anybody. If you want to do Botox and injectables, that’s fine! But I don’t want people lying on me and saying, ‘Oh, she’s trying to make believe that this stuff works,'” she said.
Lopez claims she uses her own skincare line, JLo Beauty, which she launched earlier this month.
“I’m telling you what I do that works,” she said. “Please don’t call me a liar. I don’t have to lie about things. I’ve been pretty honest about my whole life.”