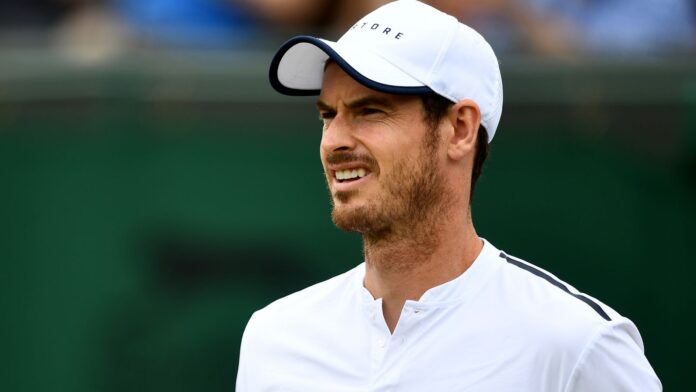 Andy Murray has entered a lower-tier challenger tournament in Italy next month after withdrawing from the Australian Open with the coronavirus; The Scot has also offered advice to recreational tennis players on how to stay fit for the sport during lockdown

Andy Murray will compete in a challenger tournament in Biella next month following his Australian Open withdrawal, the Italian Tennis Federation confirmed.

Murray was forced to pull out of the first major of 2021 in Melbourne after he was unable to find what he called a “workable quarantine” following a positive COVID-19 test on January 14.

The indoor tournament in Biella, which begins on February 15 and has 132,000 euros of prize money, will mark the 33-year-old’s first appearance at a challenger event since competing in Mallorca in August 2019.

Murray is now ranked 123 in the world after battling his way back from two hip operations.

Also entered for the Biella tournament are 54th-ranked Alejandro Davidovich Fokina, who also tested positive for COVID-19 before his planned trip to Australia, No 74 Lucas Pouille, Sebastian Korda, Andreas Seppi and Lorenzo Musetti.

Murray has offered advice to recreational tennis players on how to stay fit for the sport during lockdown.

In a blog on trrnutrition.com, Murray wrote: “The last 12 months have been tough for tennis players. Courts have been closed, then opened, then closed again.

“Club tournaments and social events have been cancelled, junior tennis has been scaled back and there hasn’t been much professional tennis to watch either.

“Whilst clubs are still shut, I thought it would be useful to put together some of my tips on how to stay tennis ready for when we can all get back on court.”

Murray cited general fitness as the most important cornerstone, while tennis-specific exercises he recommends include catching a ball thrown against a wall, knocking down targets and a footwork drill involving moving around two tennis balls in a figure of eight.

“Maintaining your upper body strength is something else you can do from home,” said Murray. “If you don’t have weights you can use your own bodyweight for press-ups or tricep dips.

“Burpees are good too if you are feeling energetic. If you want to add some weights into your routine, you can use litre bottles of water or baked bean cans.”

Lastly, Murray stressed the importance of flexibility, adding: “There are plenty of different classes online or you can just incorporate some simple stretches into your day like touching your toes, lunges and chin tucks.

“Good luck, stay fit and hopefully see you back on court soon.”