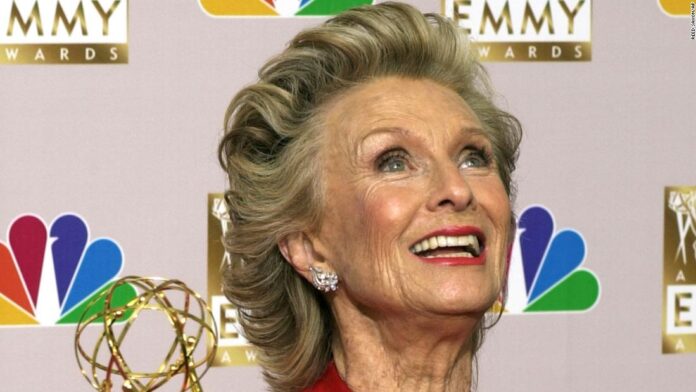 So when I tell you that Cloris Leachman, who died Wednesday at age 94, was a great American actor — one of the greatest, actually — I expect many or most of you to arch a skeptical eyebrow in my direction.
Cloris Leachman? you ask. Really? The alarmingly austere housekeeper Frau Blücher (insert horse whinnying) in Mel Brooks’s “Young Frankenstein”? The barely functional granny doddering around in bathrobe and slippers in 2003’s “Bad Santa”? The woman who spent the entire 1970s playing the self-aggrandizing, self-deluding and cheerfully acid Phyllis Lindstrom on “The Mary Tyler Moore Show” and a spinoff sitcom?
That Cloris Leachman?
Yes. Absolutely. One of the all-time greats.
Those aforementioned characters — her best-known handful of roles — only hint at the unfettered range and sustained quality of Leachman’s body of work in over a half-century of more than 200 credits on big and small screens. The size of the role didn’t seem to matter, nor did the age or deportment of the character involved. She seemed, literally, up for anything and everything.
Her credits throughout the early TV of the 1950s and 1960s are like a mini history of the medium, with shows like “Bob and Ray,” “Gunsmoke,” “Rawhide,” “Route 66,” “Perry Mason,” “The Donna Reed Show,” “Dr. Kildare” and “The Twilight Zone,” where she’s best remembered from the 1961 episode “It’s a Good Life,” where she’s the tightly wound mother of Billy Mumy’s apocalyptically moody little boy, roles both of them would repeat in a 2003 “Twilight Zone” sequel.
Speaking of moms, here’s a fun fact: for one season (1957-8), she was Lassie’s TV mom until she was replaced by June Lockhart.
I digress. By now you’re probably saying: Big deal. It just proves she was busy. Lots of character actors make themselves familiar to the public just because they’re always around. Where’s the greatness in that?
Let’s go back to Phyllis Lindstrom. If you were a regular viewer of “The Mary Tyler Moore Show,” you remember her, along with anchorman Ted Baxter and Sue Ann Nivens (played by Betty White), the Happy Homemaker, as one of the three most overbearing and clueless people in Mary Richards’s orbit.
Yet, one of the abiding graces of that groundbreaking, much-honored sitcom was its insistence that even obnoxious jerks are human beings, too. And when the show gave Leachman room to pull back the curtain on her character’s deep wounds and insecurities, she let us see Phyllis’s scars — without pathos and with all the uproarious, shrewdly observed wit still humming along. Such delicate, impeccably wrought craftsmanship won her two best-supporting comedy actress Emmys.
And even as she was curating Phyllis every week and simultaneously collecting paychecks, credits and still more awards, she managed to bring forth her most indelible big-screen triumph: an Oscar-winning performance as Ruth Popper in 1971’s “The Last Picture Show.”
Ruth was the sad, neglected wife of the high school football coach in a smaller Texas town that’s withering away as precipitously as she is. Her affair with Sonny, a high school senior played by Timothy Bottoms, restores hope and even vivacity to her features. But Sonny abandons her for the school’s prettiest girl, Jacy (Cybill Shepherd), with whom he elopes in a brief, doomed marriage.
In the movie’s final scene, Sonny returns to Ruth’s house and finds her even more haggard and despondent than before. Leachman creates a zone of wild-eyed tension as her character can barely contain her rage, resentment and deep hurt. Her anger subsides when she sees her chastened lover’s desolation as being in sync with her own and, ever so gradually and persuasively, forgives him.
Acting like this can make an abandoned forest cry, while making the bluntest, most forsaken object seem human. That’s what makes it great.