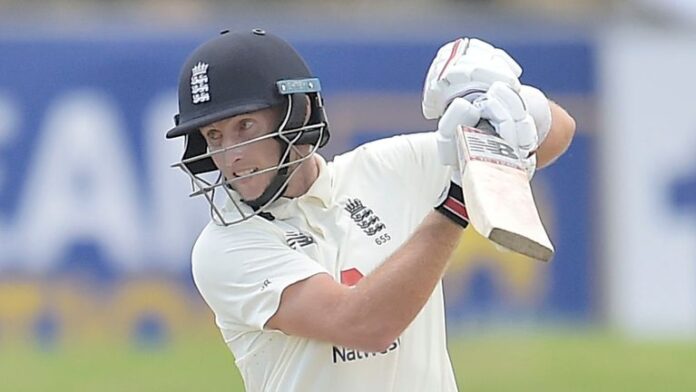 Zak Crawley on Joe Root: “Even before I came into the side, I always admired how easily, elegantly and quick he scored his runs. He rarely faces overs with lots of dot balls, always finds ways of keeping things ticking along. He is the complete package”

Zak Crawley discusses Joe Root’s spectacular form in Sri Lanka, how highly he ranks his captain’s 186 in the second Test, and what the Yorkshireman is like as leader behind the scenes…

Joe is easily one of the best players in the world and if he bats the same way again in India over the next few months we are going to be in a great position.

I mentioned how well he swept the spinners and manipulated the field in last week’s column but to play two big innings – 228 in the first Test and 186 in the second – in that heat said lots about his stamina, concentration and desire to score runs. He seemed to bat all day like it was nothing.

I actually think the second knock was better than the first, I reckon it was the best knock I have seen live.

Joe deserved two double hundreds, for sure, so that run out late on day four was gutting. After some excellent work from Oshada Fernando at short leg he had to go. I think it was the only they were going to get him out.

I know Michael Atherton said Rooty can challenge Sir Alastair Cook’s runs record for England in Test cricket and I absolutely think that is the case. He is only 30, fit as a fiddle, and has plenty of years left.

Even before I came into the side, I always admired how easily and elegantly he got his runs and also how quickly he scores.

He rarely faces overs with lots of dot balls, always finds ways of keeping things ticking along. He is the complete package.

The fact his innings helped us to victories will be more pleasing for him than the personal milestones. That said, the double whammy of both means he is probably on cloud nine right now!

You could see he was not going to settle for a fifty or a sixty and that he wanted to go big and put us in a decent position for when the ball started turning towards the end of the game and things got tricky. He was so disciplined, so clinical.

He is great for the young lads, encouraging us all to talk to him or other senior players, but I just enjoy watching him train and try to pick little things up. With Joe, there is lots I can pick up. He leads from the front and we are all trying to follow in his footsteps.

As a captain he is constantly talking to the team, letting us know what he wants from the day, but is also very good with the one-on-one chats. He makes sure he is checking that everyone is okay and what is going on in our heads. He never takes a back seat with his leadership.

A message to you…

From @root66 and the lads! 🔊 pic.twitter.com/xVaHqEtxLl

Real character from the boys and a fantastic series win! Thank you for all your support back home 🦌🏆 pic.twitter.com/DpgRMX0ULj

On days that have not gone so well, he will not shout, he will just calmly address it. He knows that at this level players know when they have had a bad day and there is not much discussion needed.

Joe is also a big one for giving thanks to the supporters – although we only had one in Sri Lanka!

We play for the English public, to entertain them and we have to be thankful for the support we get. Joe is a real driver in that and that showed by the fact he personally called Rob Lewis to say thanks.

As I said in an earlier column, I am so fortunate to have so many good senior players around me in the England team and Stuart Broad and James Anderson showed their class again in Sri Lanka.

For them to get their rewards on wickets that did not offer a lot shows their skill. To be playing with them and getting to see their work up close and personal is amazing to watch.

They have strong beliefs in the things that they do and I think that is crucial at this level, it is what separates the great from the good and those two are certainly great. To have Ben Stokes added to Jimmy, Broady and Rooty for the series in India is a huge boost

I have watched India vs England series since I was a little kid and wanted to play in them, especially over there. It is going to be an unbelievable experience against some world-class players and I cannot wait to get going.