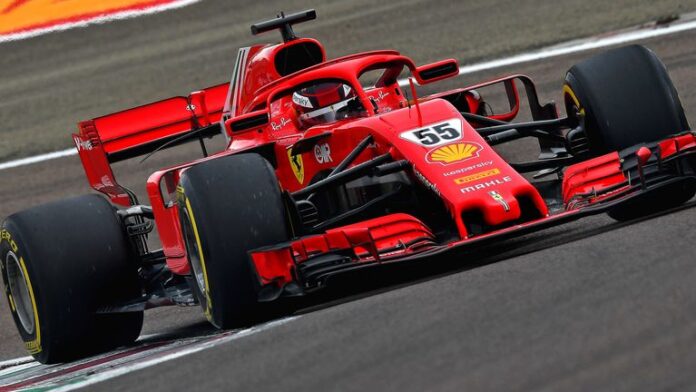 In a Mercedes video, James Allison details the subtle yet “significant” changes to the F1 2021 cars and the challenges the world champions are facing heading into the new season; New campaign begins in March

Formula 1 world champions Mercedes say they have had an “unusual” and “intense” winter due to “significant” changes to their 2021 car, and – dealing with the sport’s new handicap rules – are eager to discover whether they have done enough to stay ahead of their rivals.

With F1’s major rules overhaul delayed until 2022 due to the Covid-19 pandemic, there will be plenty of carry-over from the 2020 cars for this year’s – a rare circumstance for teams and one that would seemingly aid Mercedes given their big advantage over the field last season.

However, in an in-depth explainer on Mercedes’ social channels, technical director James Allison detailed that subtle aerodynamic changes will have a big impact on the car’s speed and potentially the pecking order, while also insisting: “If you are looking at this new season of 2021 and you are thinking it is just going to be a carry-over of what we saw in 2020, well, don’t be fooled by anyone who is telling you that.

“The rules are very, very different for 2021, the work we’ve had to do has been very wide-reaching.”

Expanding on Mercedes’ winter work and the changes, Allison said that “it’s been a really unusual, unfamiliar but intense winter development period for this new car” despite not having to work on a new chassis.

“I say intense, because although bits of this car have carried over, the challenge of getting it ready for a new season has been every bit as difficult as it normally is because a lot has changed,” he stated.

“Probably the most intense and difficult thing for us is reacting to the aerodynamic changes that come for 2021.”

Allison said those four major rule changes – implemented as F1 looks to reduce stress on the new tyres – would trim the cars’ performance down to 2019 levels.

“The combination of those four effects, even though if you looked at all of them, you think well that’s not so much, the cars look broadly the same,” he explained.

“The combination of those four effects in their rawest form just cut-off and trim back in a way that the rules require brings the performance of the car way back to sort of somewhere near 2019 levels.

“It’s been our challenge over the weeks since those rules, the weeks, and months those rules were set in stone to try to recover as much of the performance as possible. That has been quite an entertaining ride in the wind tunnel and in CFD [Computational Fluid Dynamics] to try and make sure that we get that performance as far as possible back onto the car.”

Mercedes paying the price for success with handicap rules

Mercedes are aiming for an eighth consecutive clean sweep of F1’s titles this season.

As well as speaking about the impact of different tyres this season, Allison also spoke about how the Silver Arrows are adapting to F1’s new handicap rules – which sees teams limited to how much aerodynamic development they can do based on where they finish in the championship.

“For us the challenge has been, how do we react to this new regulation in the most positive way? How can we make sure that we don’t get tripped up by it?

“And there the challenge has been, well if we are not allowed to use as much of our wind tunnel and our CFD as we were previously how could we adapt our world so that we get more and more out of every single opportunity in that wind tunnel? We only got one run in the wind tunnel, let’s make that run as valuable to us as possible.

“If we are only allowed to do a small amount of CFD calculation, let’s make it so that the methodology and approach to those CFD calculations are as valuable as possible.

“So, we’ve tried to adapt our approach to this, so we mitigate and maybe even completely offset the effect of this reduction in the amount that we are allowed to use these fundamental tools.”

Closing off the video, Allison spoke about Mercedes – whose main rivals are expected to be Red Bull this year – are keen to see whether their work has paid off once the season begins on March 28 in Bahrain.

He continued: “We hope we have done enough to stay successful but as ever at this time of year we are just full of the anxiety and excitement of waiting to find out whether all this investment that we have made into the new car will indeed pay off with a challenger that is capable of fighting from the front.”