Home Sport How Tuchel can get the best from Havertz 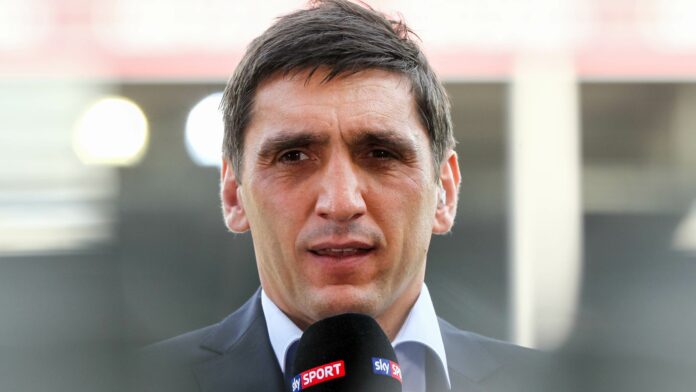 There are 72 million reasons why Chelsea will be hoping Thomas Tuchel can help Kai Havertz. The record signing’s struggle to find the form that he showed at Bayer Leverkusen was seen as a key factor in Frank Lampard failing to meet expectations. Unlocking his potential could be crucial if Chelsea are to prosper.

It is anticipated that the technocratic Tuchel will offer clearer tactical instructions and in the case of Timo Werner, their fellow German, a player who has had difficulties of his own since his summer move to Stamford Bridge, that change of style could suit the striker. With Havertz, it might be more complicated.

That is the view of Tayfun Korkut, the former Leverkusen coach under whom Havertz scored his first Bundesliga goal at the age of just 17 while still a schoolboy.

Korkut knows all about Tuchel too. He not only faced his teams in Germany but was in the same Stuttgart Kickers youth academy many years ago when the pair were just teenagers.

An admirer of Havertz, the former Turkey international midfielder still rates him as one of the game’s top talents. But even he acknowledges that it has been an underwhelming start.

“I am still behind what I said 100 per cent or even more,” Korkut tells Sky Sports. “There are maybe a lot of small pieces that can help to explain Kai’s performances for Chelsea so far. I am not looking to make excuses for him but we need to see the bigger picture here.”

That bigger picture includes catching coronavirus and experiencing lockdown in a foreign country after making the move from his boyhood club. Throw in the absence of supporters and the pressure of a big fee and this has been an altogether alien experience.

Havertz has been in and out of the team, used in a variety of different positions. While Werner’s overt disappointment when missing chances has prompted some sympathy, there is something more impenetrable about the body language of Havertz.

“Kai never shows emotions and when things are not going well, that feels like a mistake. People say that he does not care and he does not fight. It is the culture in both England and Germany and it is what I was expecting if his performances were not at the level.

“This is typical and it is why he will probably never be the darling of the supporters because he is not someone who fights, but people really need to forget about that.

“Sometimes not showing your emotions can be in your favour and sometimes it can go against you. At the moment, I think it is going against him a little bit in the eyes of the supporters and the media. But I still think that it is not a problem of Kai, I think it is a general problem inside the club. He is 21 and this is the first time abroad.”

Werner, 24, is also outside of Germany for the first time, but Korkut, who was a coach in Stuttgart’s academy during the player’s time there, regards him as a very different case.

“He has never been a player to create something for himself. He needs players who can play him the ball. He can only do it with space and players to give him the right pass at the right moment. But when Timo does start to score, I am certain he will be fine.

“Kai is different. Kai needs more, even if he seems really cool. The position is not the major issue with Kai because he can play on the right or in the middle.

“The more important thing is that he needs someone to support him in this moment when he is struggling. People are expecting big things and it is not so easy. He needs confidence.”

The onus is on Tuchel now to instil that confidence.

The new coach entrusted him with the full 90 minutes against Wolves – the first time that Havertz has not been hooked in a Premier League game since October.

There were some sparks of life too. A driving run from midfield in the early stages, the like of which former Chelsea boss Glenn Hoddle admitted he had not seen from Havertz before.

In the second half, he darted in behind on two occasions only for the ball not to come. But for a fortunate block in stoppage time, he would have scored the winning goal.

Tuchel will have his plans for Havertz but whether that will be the pressing game that he adopted in Germany or the possession game he utilised with Paris Saint-Germain is unclear.

Korkut has followed his evolution as a coach.

“I know him very well because we were in the academy together. He was one year older than me. He has always done things his own way. He was always well prepared.

“He was the starting point for clubs in Germany to push academy coaches because he was successful from the start. Before Thomas, clubs would just bring in experienced managers.

“But I think in the past couple of years, he has become a coach not exactly like Pep Guardiola but someone who plays the possession game. He had to change at Paris Saint-Germain because he could not tell the players to run like you-know-what there.

“I think that move to Paris was very important for him. Working abroad as a player or a coach is always very important. But if you have big players you have to adapt. Neymar and Kylian Mbappe are not going to come back if they lose the ball so it is different.

“Did you watch Paris in the Champions League? You could see in the game against Leipzig. He was playing very defensively and they were telling him that he could not play this style – this waiting football. But you could see that he managed to adapt his style of play.

“At Chelsea, I think he can play his own style again because he has a lot of young players who are still on their way to becoming superstars. There are not many there who are already superstars. He knows how to coach these young players so it could work.

“It is different if they are players who have already won trophies or have already worked with big coaches. It is totally different. Maybe, for that reason, Chelsea is better for him than Paris.”

But will Tuchel be better for Havertz?

We can talk a lot about tactics but the human being is more than the tactics. Thomas can help him.

“Thomas should be good for him because of the style of play but also because of the language. We can talk a lot about tactics but the human being is more than the tactics. Thomas can help him because he knows him very well and will know how to handle him.

“He has worked at PSG and Dortmund with players of a similar style. If you remember Lampard as a player, he was quite different to Kai. He was more emotional and maybe he felt that was missing in Kai. Sometimes the coach has to adapt to the player as well.

“But I think Thomas can help him. Maybe this is the turning point.”