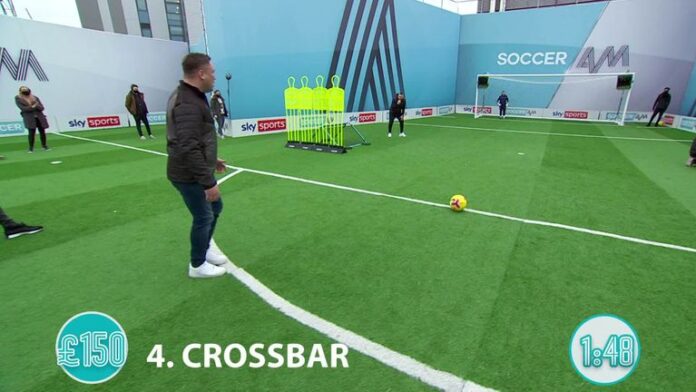 Phil Taylor and Colin Lloyd discuss the challenges of being ranked world No 1, and how Gerwyn Price will have to deal with the hurdles in the coming months. The Iceman leapfrogged Michael van Gerwen in the PDC Order of Merit by winning the World Darts Championship last month

Reaching world No 1 is the pinnacle for any darts player. Gerwyn Price achieved the feat in style earlier this month, sealing the top ranking spot by claiming the World Championship title with a final win over Gary Anderson.

But things are set to get a whole lot more difficult for the Iceman.

For any player sitting at the sport’s summit, they are being targeted by the chasing pack.

‘His whole life is going to change’

“You’ve got a lot more work to do. It all changes,” explained the Power, speaking to the PDC.

“Gerwyn Price said to me, ‘I never realised how much work you did, world champions have to do, like interviews, personal appearances and what not.’ Obviously it’s a bit different because of Covid, but his whole life is going to change because he’s a target, everybody’s after him! It’s a big difference.”

The 16-time world champion watched on with interest as the Welshman prevailed at the Alexandra Palace.

“I know he’s got that little bit of ‘umph’ in his game but I do quite like that as well and a lot of players are doing that now.

“I see the dedication. He was asking me advice before the World Championship, I can only tell him what I did, which I think he took on board, and he’s gone in there and won it with style.

“I think he was the best player.

“He wants to be the best at what he does…He’s got fire in his belly.”

He’s got fire in his belly.

Taylor has been impressed with Price’s attitude

Lloyd: Knives are being sharpened

Jaws was top of the pile 15 years ago, and knows everything changes once you are the top seed at tournaments.

“It’s amazing how the knives behind his back will be getting sharpened, ready to plunge,” the former Matchplay champion said of Price, speaking on The Darts Show Podcast.

“I think he’s going to be really hard to knock off the top. He can relax and enjoy it now!

“He’ll be thinking to himself, ‘if I’ve won one, why can’t I win four, five, six world titles?’ He has proven to himself that he can win one. He has that sort of attitude where I think he’s going to push on. It’s going to be up to other people to up their game to stick with him.”

Lloyd was particularly impressed with how Price grew in stature as the World Championships progressed last month.

“His first game against Jamie Lewis, he looked very ordinary,” he noted.

“That was a massive wake-up call for him. And he responded to it. He got better and better as the tournament went on. In the final, he was sublime, until he saw the winning line! He openly admitted he started getting a bit nervous.

“He’s been a fantastic player for the last 18 months, two years. He’s capped it all off now by becoming the world darts champion.”

Price begins life as world No 1 this weekend, as the Masters takes place in Milton Keynes. The Iceman faces Joe Cullen or Stephen Bunting in the second round, as he looks to underline his status as the best player on the planet.