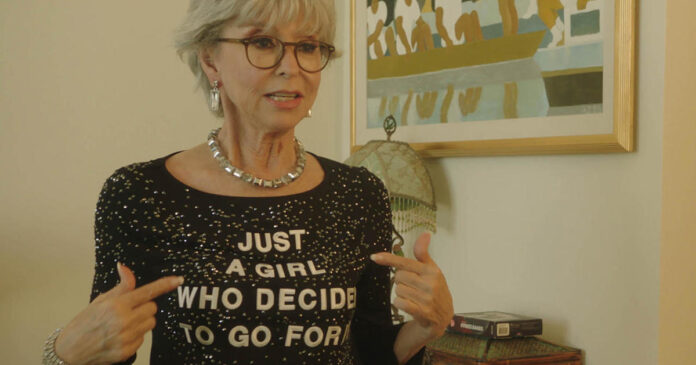 Friday, day 2 of the 2021 Sundance Film Festival (presented online for the first time), featured some exceptional documentaries capturing their subjects’ aspirations, disappointments and achievements, and the sometimes painful costs of pursuing one’s goals.

The festival runs through February 3. [See below for program and ticket information.]

For nearly 40 years President Robert Mugabe ruled Zimbabwe as a dictator, with rigged elections and violence keeping him in the seat of power, until 2017, when a military coup forced him from office. Mugabe was nonetheless succeeded by his own vice president, Emmanuel Mnangagwa, and the stage was set the following year for an election to determine whether Mugabe’s ZANU-PF party would maintain control, despite decades of corruption.

Director Camilla Nielsson’s observational documentary follows the course of the 2018 election, when a popular opposition leader died four months before the vote, and the baton is passed to a 40-year-old reformer, Nelson Chamisa, who campaigned on change. But would Zimbabweans experience a free and fair election, despite crowds of observers and claims of transparency?

Nielsson’s camera captures the air of paranoia that is (justifiably) felt by Chamisa and his opposition party, as well as the beatings and indiscriminate gunfire laid down by security forces against protesters, and the legal machinations of the ruling party-stacked electoral commission. And there’s nothing that gives confidence in open government like a presidential spokesperson telling a gathering of journalists, “We will not harm you.”

Today’s economic turmoil is touchingly portrayed in this low-key drama, the first from Malta to compete in an international festival.

Jesmark Scicluna plays a fisherman with financial struggles and a child who needs medical attention. While the traditional fishing boat that’s sailed in his family for generations is undergoing repairs, further squeezing his income, Jesmark goes to work for the black market, slowly chipping away at whatever ethical standards he possesses, and in the process pushing himself away from the vocation that he inherited from his father and grandfather.

Filmmaker Alex Camilleri uses non-actors as his leads, and their uncertainty and wariness perfectly capture their characters’ unsettlement and fear due to their economic instability and the interpersonal frictions of a marriage in jeopardy. “Luzzu” (which refers to the painted vintage fishing boat Jesmark sails) is a timely story in which those who struggle may find themselves reorienting or giving up their identity because of forces outside of their control. The price paid for that can be heartbreaking.

“Rita Moreno: Just a Girl Who Decided to Go For It”

A cherished American treasure, EGOT-winning actress Rita Moreno has been a trailblazer for Latina representation on stage and screen since even before her Academy Award-winning performance in the film “West Side Story.” This intimate and engrossing biography features heartfelt interviews with the now-89-year-old, who speaks with conviction and humor about her personal life and career, including overcoming sexism and violence.

The film also mixes decades’ worth of clips from the landmark films and TV programs which showcased Moreno’s artistry, as a dancer, singer, or (in the case of the children’s educational show “The Electric Company”) possessor of a wonderfully piercing yell.

“The Most Beautiful Boy in the World”

At age 15, Björn Andrésen, a shy Swedish boy with no acting experience, was discovered by Italian director Luchino Visconti. Visconti cast him in his 1971 adaptation of Thomas Mann’s tragedy, “Death in Venice,” as the unattainable object of obsession for the dying composer played by Dirk Bogarde. The film brought unimaginable fame to Andrésen (then hailed as “the most beautiful boy in the world”), forcing him to deal with the ramifications of becoming a global icon.

But as if that level of celebrity weren’t difficult enough for a child to process, Andrésen also suffered from the disappearance of his mother when he was younger, and the uncertainty about her fate would for years color his life.

“The Most Beautiful Boy in the World” catches up with Andrésen today, still haunted by personal tragedy, and still scarred by the film experience that stunted his growth and professional achievements even as it opened the world up to him. That he was abused when showcased on the red carpet is unclear, but his eyes – still as piercing as when they stared at Visconti’s lens – present as those of a victim.

While features will be streamed during selected blocks of time (and can only be viewed then), short film programs will be accessible throughout the festival, which culminates in an awards ceremony that will be streamed live on Tuesday, February 2. [Winning films will be available to watch on demand the following day.]

Offerings may be viewed via a web browser, streamed from your computer to your TV (via Chromecast, Airplay or Wi-Fi), or through an HDMI connection. You can also watch via the Sundance Film Festival TV app (available on AppleTV and iOS, FireTV and Android). [Go here for technical instructions on getting set up.]

In addition to streaming via Sundance’s digital portal, films will be presented on satellite screens nationwide, including arthouse cinemas, museums and drive-ins. [A complete list of venues may be found here.]