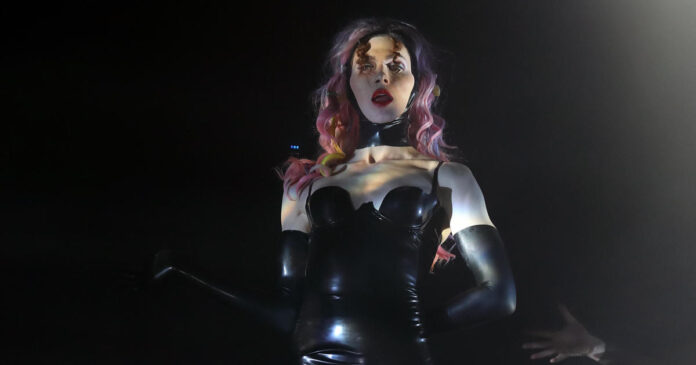 Sophie, the Grammy-nominated Scottish disc jockey, producer and recording artist who had worked with the likes of Madonna and Charli XCX, has died following an accident in the Greek capital of Athens. She was 34.

In a statement, U.K. label Transgressive said the musician, whose full name was Sophie Xeon, died in the early hours of Saturday morning.

“Tragically, our beautiful Sophie passed away this morning after a terrible accident,” the statement said. “True to her spirituality she had climbed up to watch the full moon and accidentally slipped and fell.”

A police spokesperson Athens confirmed that Sophie slipped and fell from the balcony of an apartment where she was staying and no foul play was suspected in her death. The person spoke to The Associated Press on condition of anonymity because the investigation is still ongoing.

Sophie, who was born in Glasgow, began releasing music in 2013 and was best known in the early part of her career for being one of the writers of Madonna’s 2015 single “Bitch I’m Madonna.”

She first used her own image and vocals for the October 2017 single “It’s Okay To Cry.” The recording paved the way for Sophie’s debut album, “Oil of Every Pearl’s Un-Insides.” Released in June 2018, it received a Grammy nomination for best dance/electronic album.

Tributes have poured in from across the LGBT community Sophie, who was transgender and widely considered one of the most pioneering artists in the music industry.

French singer/songwriter Christine and the Queens described Sophie as a “stellar producer, a visionary, a reference,” who rebelled against “the narrow, normative society by being an absolute triumph, both as an artist and as a woman.”

She added: “We need to honor and respect her memory and legacy. Cherish the pioneers.”

Discussing gender identity in a 2018 interview with Paper magazine, Sophie said, “Transness is taking control to bring your body more in line with your soul and spirit so the two aren’t fighting against each other and struggling to survive.”

“On this Earth, it’s that you can get closer to how you feel your true essence is without the societal pressures of having to fulfill certain traditional roles based on gender,” she said.