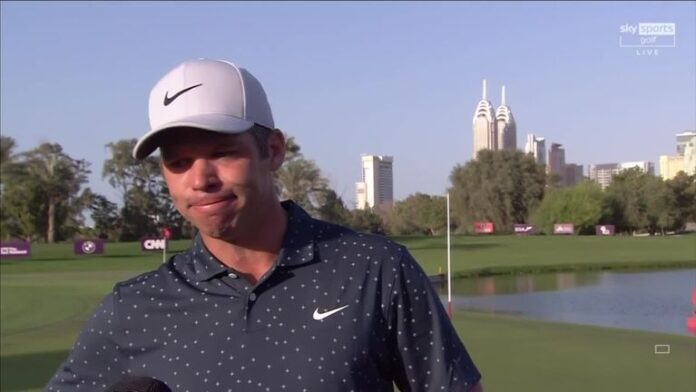 Paul Casey aiming to make fifth Ryder Cup appearance for Team Europe at Whistling Straits; Englishman willing to be part of Padraig Harrington’s backroom team if not selected as a player

Paul Casey is refusing to get carried away about a possible Ryder Cup appearance after returning to the winner’s circle at the Omega Dubai Desert Classic.

The Englishman registered a 15th European Tour title and first since September 2019 with a four-shot victory at Emirates Golf Club, with the latest win moving Casey back inside the world’s top 15.

Casey didn’t accrue any Ryder Cup qualification points with his top-10 finish at The American Express on the PGA Tour last week, due to the event being played opposite a Rolex Series tournament, but was able to make a big move up the standings with his latest victory.

The 43-year-old remains hopeful of making a fifth Ryder Cup appearance for Team Europe at Whistling Straits this September, with Casey willing to help captain Padraig Harrington in any way possible.

Congratulations from the Captain 🤜 pic.twitter.com/PpnXjsIh2n

“I would love to be part of his [Padraig Harrington’s] team and if I’m not playing, I’d still love to be part of that team and help. Ryder Cups are something special. There’s a long way to go, though. Got a lot of golf to play and need to keep this form up.

Brandon Stone posted a level-par 72 to finish in second ahead of Robert MacIntyre, who briefly held a share of the lead until four consecutive bogeys around the turn ended his hopes of claiming a second European Tour title.

“That’s what I do, I fight till the end,” said MacIntyre, who battled back to card a closing 74. “It was the start I was looking for. I thought, here we go.

“Sometimes it doesn’t go for you and today was one of those days. When I go away, I’ll learn a lot, but I felt like I gave one away there today. If I keep giving myself these chances, then I’m going to bundle over the line again at some point.”

England’s Laurie Canter and Finland’s Kalle Samooja finished the week tied-fourth on 10 under, while Ryder Cup captain Harrington had his best finish since September 2018 by claiming a share of sixth with Bernd Wiesberger and Sergio Garcia.