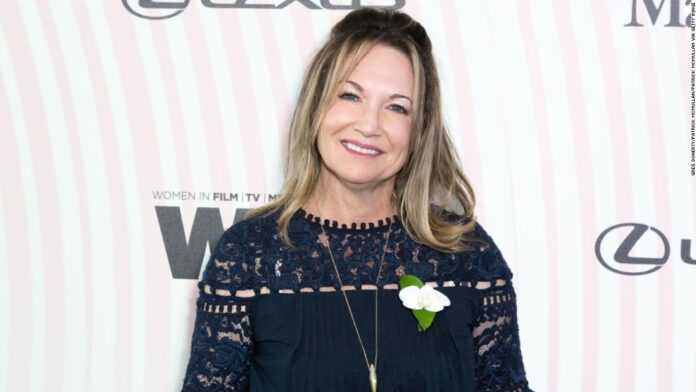 She was 56.
CNN has reached out to her family for comment.
Tarses became president of ABC Entertainment in 1996, following a successful run as a comedy development executive at NBC, where she participated in the launch of “Friends,” “Frasier” and other popular sitcoms during the network’s “Must-See TV” heyday.
At ABC, she ran into a political minefield — the network had recently been acquired by Disney — and left the job after three years.
Only 32 when she was recruited by then-Disney executive Michael Ovitz in a move that angered executives at NBC, Tarses received inordinate media attention, including a New York Times magazine profile in which she surprised her bosses by allowing the reporter, Lynn Hirschberg, to unknowingly listen in on her calls with them.
When she left ABC following another management shift in 1999, Tarses sounded relieved to be moving on, telling the Los Angeles Times regarding the constant speculation and rumors about behind-the-scenes friction, “I just don’t want to play anymore. The work is a blast. The rest of this nonsense I don’t need.”
Since then, Tarses had been active as a producer, serving as an executive producer on the series “Primeval,” “My Boys” and “Happy Endings.”
Tarses came from a show-business family. Her father is veteran TV producer Jay Tarses, who created such shows as “The Days and Nights of Molly Dodd.” Her brother, Matt, is also a writer-producer.
After graduating from Williams College, she became an assistant casting executive on “Saturday Night Live” before joining Lorimar Television. The legendary NBC executive Brandon Tartikoff hired her in 1987, and she worked her way up through various creative positions to oversee comedy development.
The network executive played by Amanda Peet in “Studio 60 on the Sunset Strip,” a short-lived 2006 NBC series from writer-producer Aaron Sorkin, was loosely modeled on Tarses, who served as a consultant.
In a statement, 20th Television president Karey Burke said, “Jamie was a trailblazer in the truest sense of the word. She shattered stereotypes and ideas about what a female executive could achieve, and paved the way for others, at a cost to herself. She was a mentor and friend, and many of us owe so much to her.”
Tarses was involved in various charitable organizations, including Young Storytellers, which reaches out to youths by promoting the power of storytelling. Survivors include her partner, Paddy Aubrey, and their two children.