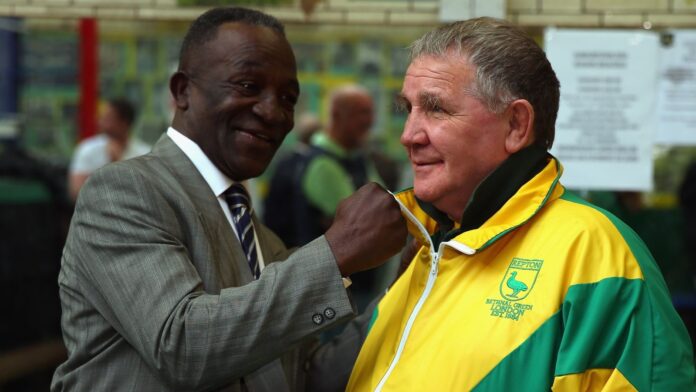 Darren Barker on Tony Burns MBE: “The man was a legend who spent most of his life down his beloved Repton ABC helping the fighters fulfil their dreams. I will cherish all the great times we shared together. I owe him so much.”

Darren Baker, one of many successful boxers to learn their trade under Burns’ guidance, posted on social media: “I’m heartbroken to hear the passing of my old amateur coach Tony Burns.

“The man was a legend who spent most of his life down his beloved Repton ABC helping the fighters fulfil their dreams.

“I will cherish all the great times we shared together. I owe him so much.”

Burns trained Audley Harrison, John H. Stracey and Maurice Hope among many others.

Born in Wales, he relocated to London’s east end and boxed for the Repton as an amateur.

During his 45 years at the gym, approximately 300 boxers have won national titles and 10 have gone to the Olympics.

In 2009 Burns was awarded an MBE for his services to amateur boxing.

Saddened to hear the news that Tony Burns passed away last night – he was my man & great coach – this is us reconnecting in 2016 at ⁦@ReptonBC⁩ we talked like old times & that glint in his eyes was there like yesteryear 😞 salute Tony, you’ll be missed #RIPTonyBurns 🙏🏾 pic.twitter.com/9JgW29SUX9

Promoter Eddie Hearn tweeted: “Just heard the news of the passing of legendary Repton ABC trainer Tony Burns. Tony devoted his life to the sport and the development of the younger generation within the community. Saved many lives and was loved by many. Rest in peace.”

Kevin Mitchell added: “What a good man he was to me growing up.”

Ohara Davies said: “Thank you so much for believing in me and helping me to become the person I am today, things could have turned out so differently.”