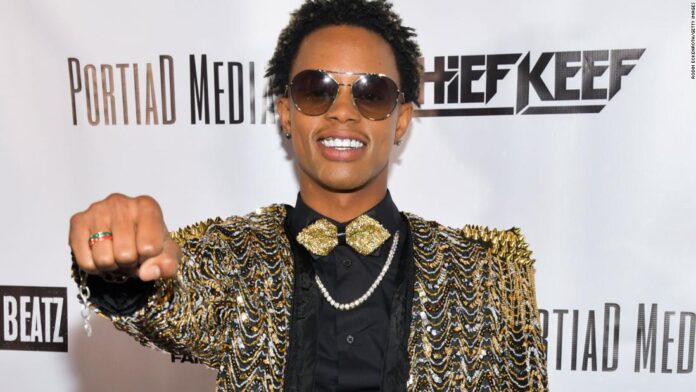 The 23-year-old, whose real name is Ricky Lamar Hawk, was arrested Monday after police investigated the death of his 34-year-old cousin, Frederick Rooks, according to a statement from the DeKalb County Police Department.
Police responded to a call about a shooting on January 21 and found Rooks with multiple gunshot wounds lying on a road in the Atlanta area suburb of Panthersville, according to an incident report from DeKalb County police. Rooks was pronounced dead at the scene, the report stated.
Security camera footage from nearby homes captured at least one gun shot before several vehicles fled the scene at high speeds, according to the report.
Police said in a statement that Silentó was later identified as a suspect.
Investigators have not yet determined a motive for the shooting.
Silentó was booked into jail on Monday and is currently being held there on a murder charge, jail records show. Authorities charged him with felony murder.
CNN has reached out to representatives for Silentó.
Silentó has faced several run-ins with the law in recent months.
Last October, the rapper was arrested in Atlanta after driving 143 mph in a 65-mph zone, according to a DeKalb County Police Department incident report. He was given citations for reckless driving, speeding, failure to maintain lane and improper stopping, jail records show. The charges are still pending, the Atlanta Journal-Constitution reported.
He was also charged in September in Los Angeles with threatening two people with a hatchet. Prosecutors said that he reportedly walked into a stranger’s unlocked home on August 29 and attempted to hit two people with a hatchet before one of them disarmed him. Silentó pleaded not guilty, and the case is still pending, according to the Los Angeles County District Attorney’s Office.