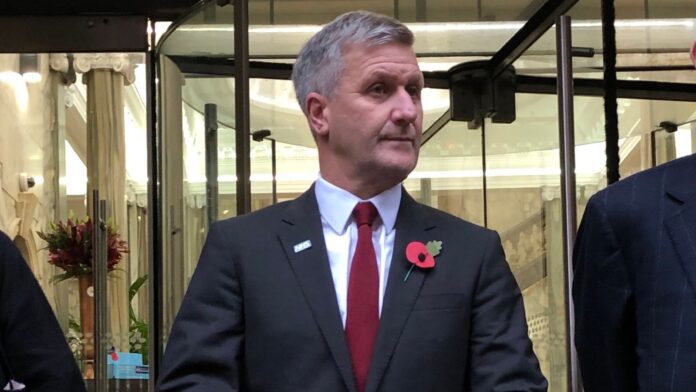 Richard Freeman understood to have admitted to one charge of “tampering or attempted tampering with any part of doping control” but has contested the second charge, that of “possession of a prohibited substance”, and has requested a hearing.

It is understood that Freeman has admitted to one charge of “tampering or attempted tampering with any part of doping control” but has contested the second charge, that of “possession of a prohibited substance”, and has requested a hearing.

UKAD was approached by Sky Sports News for a comment on the charges but declined to make one.

News of the charges – which could carry a four-year ban from sport – came on the day that Freeman’s legal counsel Mary O’Rourke QC concluded her closing submission in Freeman’s long-running fitness-to-practise medical tribunal.

Freeman has admitted to 18 of 22 charges levelled at him by the General Medical Council, but denies the central charge of ordering Testogel knowing or believing the substance was intended to dope a rider.

UKAD has been closely monitoring Freeman’s tribunal, with a senior investigator present at all sessions of a hearing which began two years ago.

UKAD charges against Freeman were always to be expected given that in his evidence he had admitted to lying to investigators about 30 sachets of testosterone which were delivered to the National Cycling Centre in 2011.

In Friday’s session of the tribunal, O’Rourke argued that the GMC had failed to provide a “smidgen of evidence” to support the charge that Freeman ordered the testosterone in order to dope a rider.

Arguing that the GMC case was built on “surmise and speculation”, O’Rourke said: “They haven’t got a smidgen of evidence to show that he ordered the Testogel in order to dope a rider. They can’t identify a rider…it doesn’t add up.”

Freeman has insisted that he ordered the Testogel after it was requested by former performance director Shane Sutton to treat his erectile dysfunction, something Sutton has denied.

O’Rourke argued that Freeman, who has accused Sutton of bullying, had nothing to gain from seeking to dope a rider.

“It would be the most bizarre thing to do,” she said. “It wouldn’t get him any personal gain. What’s in it for him if he gets an (anti-doping rule violation)?

“He’s at risk for being knocked out of the sport for two to four years.”

Instead, O’Rourke turned her focus on Sutton, who gave brief but explosive testimony to the tribunal in November 2019, when he stormed out of the hearing after denying claims that he is a “liar, a doper and a bully”.

“The atmosphere in the room, and the fear created by it, was extraordinary,” O’Rourke said of that day.

“You need to say to yourself, why did that happen? Why was there such an explosion? Why didn’t simply Shane Sutton say, ‘It wasn’t me and I’ve got nothing to hide’?

“He wanted to stop being asked anything.”

O’Rourke later added: “One possibility was that Sutton was getting (Testogel) for nefarious purposes and had a rider he coached who wanted it. But that was not the GMC’s case.

“If it was Shane Sutton and he’d had a rider he wanted to give it to, he’d have every reason to walk away and not co-operate.”

“Dave Brailsford is the spectre missing at these proceedings and would have been able to answer an awful lot of questions about what was going on at British Cycling and Team Sky,” she said.

The tribunal has now been adjourned until March 2, when a verdict on the facts is expected.