Home World Opinion: The Yemen I know and love 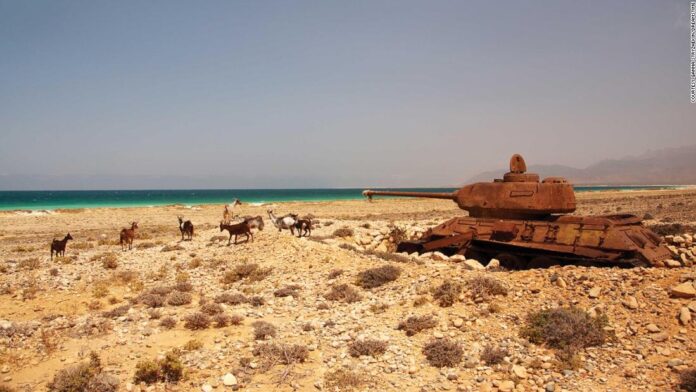 I remain immensely hopeful, even as my fellow citizens suffer in a terrible proxy war involving self-interested nation-states, because I know their resiliency and aspirations. A brutal dictatorship could not extinguish our quest for freedom, nor could the deadly crackdowns of the War on Terror era, and neither will this current carnage.
My faith in Yemeni dreams is further buoyed by the memories of the brave souls who joined me for sit-ins in Freedom Square in Sanaa, our capital, starting in 2007. We peacefully raised our voices for freedom, and on February 11, 2011, protests turned to revolution. The people of Yemen took our rightful place under the sun of the Arab Spring.
Now, 10 years later, I stand with my people in imploring the United States and the free world to honor our revolution by ending its support for abusive governments in the region and reinvigorating the pursuit of a peaceful, united, and democratic Yemen. President Joe Biden sent the right signal when he announced last week he is ending US support for the Saudi-led offensive in Yemen and pausing recent arms sales to Saudi Arabia and the United Arab Emirates.
But more is needed. In the years since the heady early days of the Arab Spring, leaders of Western democracies like the US and UK have too often chosen ignorance over solidarity, and listened to authoritarians instead of freedom fighters. By backing dictators like Saudi Arabia’s Mohammed bin Salman and the United Arab Emirates’ Mohammed bin Zayed as they staged military coups and waged violence against the Yemeni people, and by failing to hold former authoritarian president Ali Abdullah Saleh accountable for any of his crimes, the West’s democratic leaders ensured a backlash against the democratic movements across the Arab world, including in Yemen.
President Biden must work to undo the past harms of US policy. For years, the US supported the dictatorship of Saleh. Yemen has suffered mass civilian casualties under the US-led “war on terror” and greater bloodshed still, as well as the abrogation of its democratic process under the Saudi-led proxy war, which the US backed.
The US cannot continue to lie down with Arab dictators (or dictators anywhere for that matter) like Saleh, Hosni Mubarak in Egypt and Mohammed bin Salman in Saudi Arabia while they and their successors terrorize their people and commit mass human rights violations. President Biden must now continue to align his administration’s actions with America’s democratic values, and support the continued efforts of the Arab Spring dreamers.

Yemen’s road to recovery will require major policy changes and accountability for those behind the violence. The first step is to end the proxy war. When Houthi rebels supported by Iran launched their coup and Saudi Arabia and its Emirati allies launched their ill-fated bombing campaign in 2015, they shattered the nascent progress toward democratization in Yemen.
Saudi Arabia justified the intervention under the guise that it would restore stability, preposterous since it was part of the problem to begin with. Instead of stabilizing Yemen, the Saudi coalition destabilized it further and imported new violence. This opened the door for Iran to interfere further against Yemen’s democratic dreams, through its support of Houthi militias. The resulting conflict has destroyed the country’s infrastructure, killed hundreds of thousands of Yemenis and condemned countless others to famine and fever.
These counterrevolutionaries and dictators in arms against the Arab Spring’s pro-democracy movement seek to crush the peoples’ aspiration for democratic transformation in our region. Despite their differences, UAE, Saudi Arabia, Iran and their respective militias share an interest in division and devastation in Yemen. They use power and land grabs to justify and distract from human rights abuses at home and abroad.
The UAE, for instance, has attempted to establish a so-called “Southern Transitional Council” to formalize a divided Yemen, and Saudi- and UAE-backed forces have sought to annex our strategic and beautiful island of Socotra, located 60 miles east of the Horn of Africa. Peace and progress in Yemen would thwart the agendas of the dictators and bloodletters.
Our people will keep standing up for themselves, but they need support. The Biden administration should use its position to pressure Saudi Arabia and the UAE to stop standing in the way of peace and should work with the international community to hold perpetrators from all sides of the conflict accountable.

National dialogue and the way forward

The time has come not only for the war to end, but for a new beginning. And no one is better equipped to chart that course than Yemenis themselves.
The 10-month National Dialogue Conference brought together an inclusive group of 565 delegates, 30% of them women. Their work represented a difficult political reconciliation to bring the major parties together under one vision.
The resulting roadmap affirmed equal rights for all citizens and outlined a new decentralized federal system with equal access and distribution of wealth, natural resources and power to address internal grievances between Yemenis. The Houthi coup in 2014 and the Saudi-Emirati war in 2015 were staged to stop this political process and disrupt a peaceful transition of power. President Biden can help by rigorously following through on his pledge that the US work to lift the siege, stop all forms of Saudi guardianship and domination over Yemen and facilitate a return to the process interrupted by authoritarians in 2014 and 2015, including completing the constitutional referendum and holding elections, as they were attempting to do.
As we look back on 10 years since Yemen’s Arab Spring, we should not forget the potential before us. We need to stop the war and hold the criminals accountable. I will use my voice to do everything I can to bring Yemen the relief it desperately needs. Yemen will not be reduced into a chess game to be played by outside powers. We will never stop our work towards a stable, prosperous democracy.
Yemenis can build a beautiful future for Yemen. If only the US will use its power to shine a light.