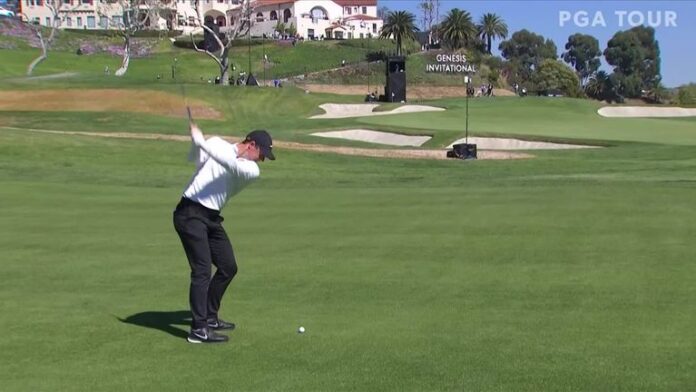 Rory McIlroy cards second-round 76 at the Genesis Invitational to finish on seven over as he misses a cut for the first time since The Open in 2019; he had held the record for most consecutive cuts currently made on the PGA Tour

Rory McIlroy will have the weekend off after his long run of making the cut came to an end at the Genesis Invitational.

The Northern Irishman had not missed a cut since The Open Championship at Royal Portrush in 2019 and this was his 31st event since then.

He also held the record for the longest streak of consecutive cuts currently made on the PGA Tour but that mark came to an end at 25 events, a long way short of Tiger Woods’ all-time record of 142 tournaments.

McIlroy admitted it had been tough to hole putts on the fast and tricky greens at Riviera Country Club after he had carded a two-over 73 in the opening round on Thursday.

The world No 7, who had not finished outside the top 21 in his previous nine tournaments, would have been hoping for better when he teed off on the 10th early on Friday morning.

After two opening pars, he three-putted for a bogey at the 12th before bouncing back by holing a 20-footer for birdie at the 13th.

However, that was as good as it got for McIlroy as he missed from six feet to bogey the 14th and then made back-to-back bogeys at the 17th and 18th.

There was to be no charge on the front nine where he followed seven consecutive pars with a double-bogey at the par-four eighth after finding trouble in the rough off the tee.

A closing par gave McIlroy a five-over 76 and left him well outside the cut mark on seven-over overall.

McIlroy’s playing partner Bryson DeChambeau is also set to have a free Saturday and Sunday after adding a 69 to his opening 75.

The US Open champion enjoyed a good front nine with three birdies but at two over he was two outside the projected cut mark after completing his round.

Justin Thomas struggled to a 77 on Thursday and there was no miracle comeback from the world No 3 as he signed for a 73 to finish one behind McIlroy on eight over.