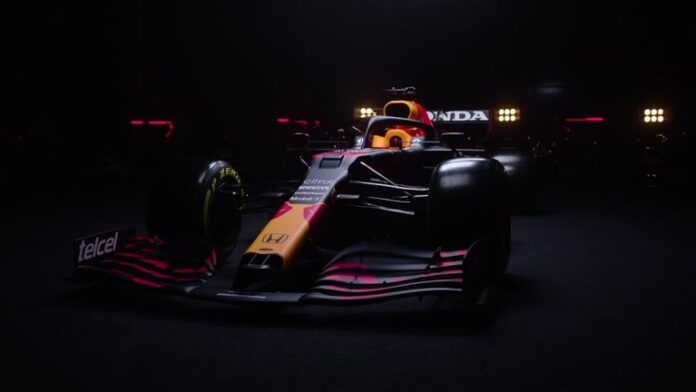 Sergio Perez and Max Verstappen each sampled the newly-launched RB16B for the first time in filming day around Silverstone’s National Circuit; New car features Honda’s improved engine for their final season of F1

Red Bull’s new RB16B took to the track for the first time at Silverstone with Max Verstappen and new signing Sergio Perez.

Pictures and footage of the car on track have so far been kept under wraps by Red Bull after a filming day at Silverstone but team boss Christian Horner described the preliminary running completed as a “success”.

Perez had first driven their 2019 car on Tuesday and, although conditions at a blustery British GP venue were not ideal when he gave the 2021 machine its debut on Wednesday morning, the Mexican’s first impressions were positive.

“I can say I think there is a lot of potential,” said the Mexican, who has joined the team after eight seasons at what was Racing Point.

“The conditions were not great but it was nice to get a feeling for the car.

“It’s pretty exciting. Earlier this week I drove the RB15 but today I could feel a step in overall grip and top speed.”

Verstappen, who would be expected to be Lewis Hamilton’s biggest rival for the world title if Red Bull succeed in closing in on Mercedes from the start of the season, took over the RB16B in the afternoon after spending the morning getting back up to speed after the winter break in the 2019 RB15.

“Days like today are all about getting comfortable with the car and with the new power unit, trying to make things run smoothly and trying to be well prepared before we go testing in Bahrain,” said Verstappen.

“It’s always good to be back driving a Formula 1 car and the first time you go out of the pits is such a great feeling.”

F1’s 10 teams can each complete two filming days with current cars for promotional purposes during a year, with running limited to 100km and specific tyres allocated. McLaren, Williams and AlphaTauri have also completed filming days with their 2021 challengers so far ahead of pre-season testing in Bahrain on March 12-14.

Alex Albon, who has been retained by the team in a reserve and test role after losing his race seat to Perez, began his year on track with a run in the 2019 car, which Red Bull could complete unrestricted running in.