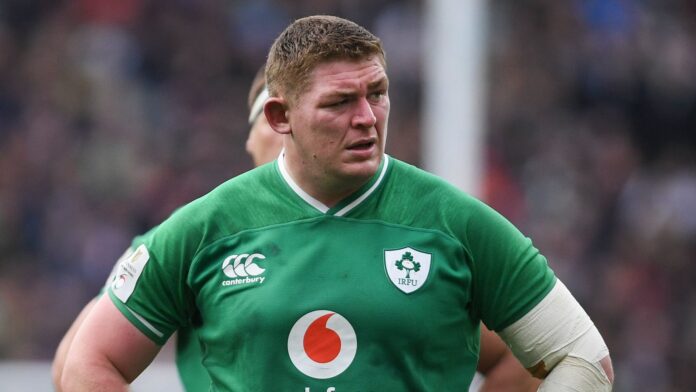 All change for Ireland as Andy Farrell looks to pick up a first Six Nations win as head coach; new front row, while Johnny Sexton returns to skipper the side with two debutants on the bench

A new front row of Dave Kilcoyne, Ronan Kelleher and Tadhg Furlong are three of seven changes Ireland have made for Saturday’s Six Nations clash with Italy.

Skipper Johnny Sexton and vice-captain James Ryan will return from head injuries in Rome but Conor Murray remains absent due to a hamstring injury, meaning Jamison Gibson-Park will continue at scrum-half.

Ryan’s recall alongside Iain Henderson in the second row has resulted in Tadhg Beirne switching to blindside flanker in place of Rhys Ruddock, with Will Connors taking over from Josh Van Der Flier at openside.

Ireland have made their worst start to a Six Nations campaign and will be seeking to bounce back from defeats to Wales and France at Stadio Olimpico.

Leinster hooker Kelleher has been rewarded for his try-scoring cameo in the 15-13 defeat to Les Bleus on February 14 with a first Championship start.

Loosehead prop Kilcoyne has won 32 of his 40 caps as a replacement and will start a Test for the first time since the 2019 World Cup pool stage, while tighthead Furlong will begin an international match for the first time in a year.

CJ Stander will continue in the centre of the back row, with Robbie Henshaw – winning his 50th cap – and Garry Ringrose once again the preferred midfield partnership.

Fly-half Billy Burns, who deputised for Sexton against France, is back among the replacements, alongside Herring, Healy, Porter, Baird, Jack Conan, Casey and Earls.

Opponents Italy, who last beat Ireland in March 2013, will be bidding to avoid a 30th successive Six Nations defeat.