Home Sport Key: Pitch was not fit for Test cricket 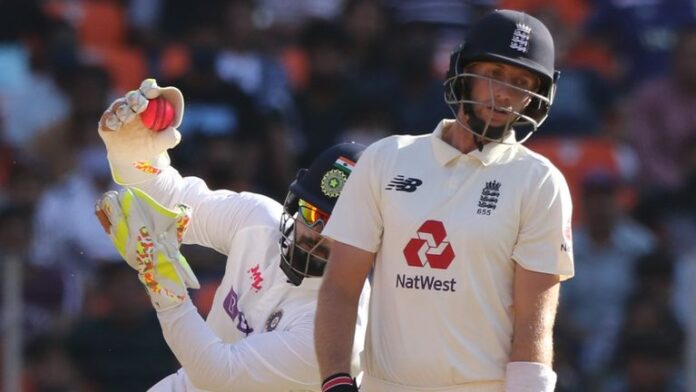 Mike Atherton: “It was at the extreme end of where you would want that balance between bat and ball to be, but I don’t think it was impossible.” David Lloyd: “Let me tell you, there is no pitch. All they’ve done is put stumps in at either end.”

England captain Joe Root said the International Cricket Council may want to consider if the pitch used in the third Test was “fit for purpose” after his side’s 10-wicket defeat to India inside two days – but did accept India outplayed his team.

Sky Sports pundits Rob Key, David Lloyd and Mike Atherton shared their views on the surface in the wake of the tourists’ Ahmedabad defeat, which means England can no longer qualify for this summer’s World Test Championship final.

Here are their thoughts…

“It was compelling viewing, there was no doubt about that, as it always is when you play on a pitch that is not fit for Test cricket.

“India sailed close to the wind in the last Test with the pitch they prepared – Rohit Sharma and Ashwin got runs and people said the pitch was fine, but that pitch exploded on day one; dust was coming out of it and it was turning excessively.

“It’s not dangerous, so no one is going to get hurt, but it’s pretty clear in the regulations on what a Test pitch should be. If a pitch gets rated poor, there should be repercussions if it’s not a fair contest between bat and ball.

“There are lots of sub-categories to it – the regulations say that if there is excessive movement of spin or seam early on in the match; this is day two and it is behaving like a day eight pitch.

“People can say we are moaning because we are England fans and we want them to do well but this does not stack up against what you are meant to do to prepare a surface for Test cricket.

“It doesn’t work as well when you say ‘it doesn’t happen every week’. Who cares if it happens once or a hundred times? It’s about what you’re allowed to do and what it should be and you just go from there.

“It was pretty much a lottery if you were a batsman. Joe Root got 5-8; last week everybody was saying England players need to play spin. Well, let me tell you – India’s batsmen need to learn how to play Joe Root, who is a part-time spinner bowling on day two of a Test.

“If we want to see cricket that is over quickly and every ball is an event – going out of the park or getting a wicket – then we have got T20 cricket. That’s what The Hundred is going to be there for. This is Test cricket; it should not be this extreme.

“This is the problem when you allow the things that happened last week in the second Test to go ahead because what you are basically saying is that if you do not say anything about a poor pitch, then you cannot ever do anything about a surface unless it is dangerous.

“Now that is absolutely fine if you want to change the regulations – if whenever a team comes over to England you just play on an absolute snake-pit that is going everywhere and every Test match lasts two days.

“When you do not do anything about a surface you set a marker down and any time there is a bad pitch or one that is substandard in the future, they will go ‘hang on – what about the one in the third Test in India? England got bowled out for 112 and nothing happened.’ So you have to be very careful.”

“It’s a five-day Test match finishing inside two days – so there’s lots to debate there. The pitch in Chennai and this pitch – let me tell you, there is no pitch. All they have done is put stumps in at either end.

“If it is the way that people want to go, then so be it, but it is not a Test match. Everything is in favour of the bowler.

“I think both teams could have batted better with a better technique but when you watch the ball land on day one in a Test match and a big explosion of turf comes out, it’s just telling you that that pitch has not had any preparation.

“You have got the ICC and the match referee, who would report on this sort of thing, but nothing will happen. So you are living with this. Is this what you want? A two-day Test match?

“It’s thrilling and enthralling but batsmen do not have a clue where the ball is going to go and spare a thought for the wicketkeepers as well.”

“This was an extremely challenging surface and at the extreme end of where you would want that balance between bat and ball to be, but I do not think it was impossible.

“I do not think it was 112 all out on the first day, it was not dangerous and not unsuitable, in my opinion. I am not saying you would want these conditions every time you play but it is in India and the ball will spin. Find a way of dealing with it, do not complain.

“The umpires may mark it as sub-standard but you still have to find a way of coping with it and trying to win on it.

“The two levels of unacceptable pitches are ones that are completely flat, where 700 plays 800, which is a complete no-no, or ones that are dangerous, like at Sabina Park in 1998 where the match was abandoned.