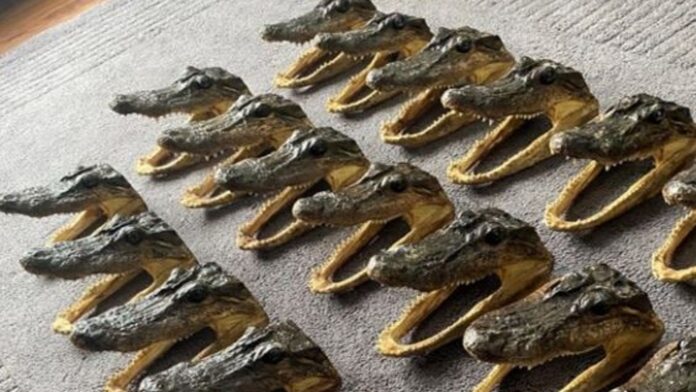 Eighty alligator heads have been seized after a police search of a house in Birmingham.

A statement said: “We received information that the heads were being imported from abroad illegally and sold on through eBay to buyers all around the world at a large profit to the seller.

“We carried out a joint investigation with the NWCU and believe the suspect has been illegally importing the heads for some time, with regular sales being seen on eBay.”

The warrant was conducted under the Control of Trade of Endangered Species Act and a 44-year-old man has been voluntarily interviewed.