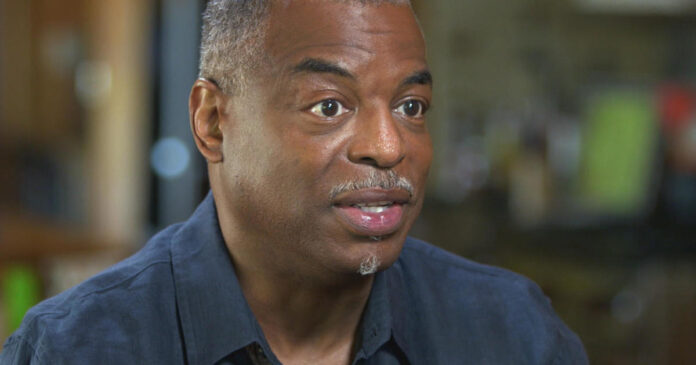 Actor and TV and podcast host LeVar Burton rose to fame in the classic 1977 miniseries “Roots,” based on Alex Haley’s novel about slavery. Now, decades later, in an interview with Mo Rocca to be broadcast on “CBS Sunday Morning” February 28, Burton said the country is still grappling with issues rooted in slavery.

“Roots” featured an all-star cast, but it was then-newcomer Burton who became the face of the miniseries that began with the kidnapping and enslavement of the Mandinka tribesman he portrayed, Kunta Kinte.

“Slavery still exists today,” said Burton. “Mass incarcerations of young men of color, the relationship between the Black community and law enforcement, and all of these social issues, are rooted in slavery. And America is still grappling with that.”

The miniseries was watched by more than 100 million viewers, and presented Burton with plenty of career opportunities. “The opportunities immediately post-‘Roots’ were the opportunities of a celebrity,” Burton says, adding he enjoyed the fame. “I loved it. I loved it,” he said. “I mean, I had joined the popular culture.”

In 1987, he joined the cast of “Star Trek: The Next Generation.” He then spent more than 20 years as the host and executive producer of PBS’ literacy series for children, “Reading Rainbow.”

“Everything that I have done in the field of literacy,” he said, “is a tribute to my mother. As the son of an English teacher, to have been part of an effort to turn kids who know how to read into readers for life, it feels pretty good.”