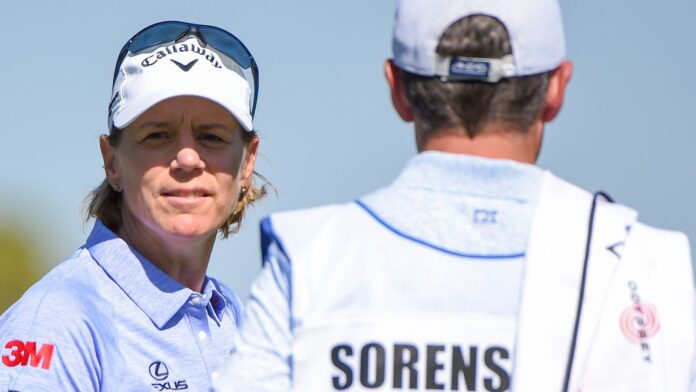 Annika Sorenstam sits 10 strokes off the pace at the Gainbridge LPGA, her first official LPGA Tour start since retiring from golf in 2008; watch live throughout the week on the Sky Sports Golf YouTube channel

Lydia Ko holds a two-shot advantage after the opening round of the Gainbridge LPGA, as Annika Sorenstam produced a battling display in her long-awaited LPGA Tour comeback.

Sorenstam, making her first official LPGA Tour appearance since 2008, posted a three-over 75 at Lake Nona Golf and Country Club to find herself in tied-79th and 10 strokes off the early lead.

The Swede opened with six straight pars on her home course, only to slide down the leaderboard by racking up a triple-bogey at the seventh and dropping another shot at the 10th.

Sorenstam produced an impressive pitch to leave a tap-in birdie at the 14th and closed out her back nine with four straight pars, leaving the 10-time major champion still in with a chance of making it through to the weekend.

Ko holed out for eagle on her opening hole and picked up a shot at the third, before cancelling out her lone blemish at the seventh by birdieing the eighth and 11th to get to four under.

The New Zealander then birdied three of her last five holes on her way to a seven-under 65, pulling her clear of Nelly Korda – who also birdied the last – and Denmark’s Nanna Moertz Madsen.

“Hands down, I think this is probably my best score around here,” said Ko, who also has the former Solheim Cup venue as her home course. “Normally when I’m playing I don’t really count everything. Keeping it in play is going to be a really big key for all of us the next three days.”

World No 1 Jin Young Ko is in the group of seven players on four under and Ireland’s Leona Maguire is four off the pace, while Charley Hull and Mel Reid both lie tied-29th after opening-round 71s.