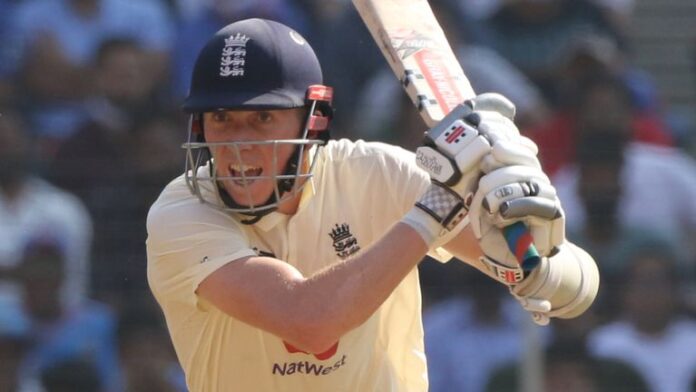 Sky Sports Cricket expert Nasser Hussain talks England’s batting, the omission of Dom Bess and some inconsistencies from the third umpire after India won the pink-ball Test in Ahmedabad inside two days: “It is all about the mentality of that England side now – they have to find a way”

Pink-ball Tests are generally quick affairs – but not this quick!

England slipped to a two-day defeat to India in Ahmedabad after being razed for 112 and 81 by the home side’s spinners, with left-armer Axar Patel snaring match figures of 11-70.

Joe Root’s men are 2-1 down in the four match-series after successive defeats on spin-friendly surfaces – the tourists crushed by 317 runs in the second Test in Chennai.

Listen to the guys’ full chat in the podcast player above or wherever you get your podcasts.

You can also read on for some of Nasser’s choice thoughts on the pink-ball Test, the pitch, England’s team selection and rotation policy, some inconsistencies from the third umpire and whether Root’s men can bounce back in the final Test…

Why have England been troubled by spinning pitches?

NASSER SAYS: Especially on this pitch, where one spins prodigiously and the other skids on, you lose all kind of rhythm. That’s what successive Test matches on these sorts of pitches do for your mindset.

England looked like startled rabbits in that second innings. I don’t think it was an 81 all out pitch but this was a much tougher pitch than Chennai – the sort of pitch I hated.

Axar is very accurate. He bowls stump to stump and some balls turn and some don’t. Most of his wickets came from balls that didn’t turn, so people will look at that and say ‘why not play for those straight deliveries?’ but it’s the ball before.

You could also argue that it was that pitch before in Chennai when everything spun big but it was the also the ball that spun big on Zak Crawley on day one here. Every England batsman thought ‘I have to go for the spin’ but most got done with the one that didn’t spin.

It is all about the mentality of that side now and to be fair to them a lot of the chat about the pitches and umpires has come from outside the dressing room. I have not heard a single England player say these conditions are unfair.

They have to find a way and Zak Crawley’s first-innings fifty was a positive. I know some of it was before spin came on. but it was one of the best half centuries I have seen from a young England player – the rhythm, the fluency. If Zak can do it after a couple of games out injured, then Ollie Pope can do it, Jonny Bairstow can do it.

The carrot is there, 2-2 with India will not be a bad result at all – although I know that is a long way away when England haven’t reached 200 in five innings. They have to get a score in the first innings.

Why did England not play off-spinner Dom Bess?

NASSER SAYS: England don’t have confidence in their second spinner, so it’s not so much where Bess is at but where the hierarchy think he is at. They can’t trust him to give any kind of control and accuracy.

Bess has got 17 wickets at an average of 22 this winter, so it seems odd to leave him out but he is not giving Root that accuracy. He was bowling waist-high full tosses at the end of the first Test and getting smashed.

Moeen Ali came in for the second Test and even though he got better as the game went on he didn’t bowl particularly well. That’s the problem. India know that their two spinners are better than England’s two spinners and that’s why they have prepared these two pitches.

If it was Graeme Swann and Monty Panesar, England would still be in this series, because they would compete with Axar and Ravichandran Ashwin. They are not competing in the spin department.

So it is fair enough to leave Bess out but leave him out for a batsman. England weren’t going to need the extra seamer on what Rob Key describes as a minefield of a pitch – play the extra batsman.

In a day-night Test England were always going to want to play three seamers but, after the second Test in Chennai, India said ‘you cannot play on pitches like this so you go again on a spinning pitch’.

NASSER SAYS: The fault is not with the selectors or the players, it is with the schedule. Seventeen Tests, including part of an Ashes series, two IPLs, and a World T20 during a year in a global pandemic is ridiculous.

You cannot cope with that as an international cricketer and the selectors are trying to do their best. So, I can’t say that and then go off on one when England lose.

What I will say is that I have been consistent about when I would have rotated. I would have had this India series as one of my majors, if you are putting it in golfing terms, as well as the T20 World Cup, and rotated in 50-over cricket.

Has the third umpiring been below par?

NASSER SAYS: It has been inconsistent and that is what has wound England up a little bit. It is a different skill and I am hoping the ICC are educating their umpires in how to be a third umpire sat in a booth.

As an on-field umpire you have a gut feel but as a third umpire you can take as long as you want, have every different angle.

All I would say is some of the time they seem to be very quick – the Ben Stokes catch, the Rohit Sharma stumping – and don’t seem to look at all the angles. If they think, ‘I’m an umpire, I have to make a quick gut-feel decision’ I don’t think that is the way to go.

However, let’s be careful criticising Indian umpires as in the summer with English umpires in England, it wasn’t perfect – apart from Michael Gough, who was brilliant.