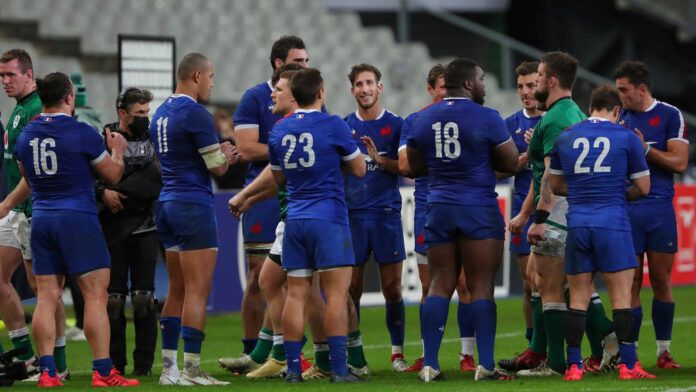 France squad were forced into isolation following positive Covid-19 test and training was cancelled on Thursday; Six Nations game vs Scotland on Sunday postponed with a new date to be confirmed; 11 players and three staff had tested positive for coronavirus since Ireland match on Feb 14

The French Rugby Federation (FFR) said its players would be able to return home on Friday after the latest round of COVID-19 tests came back negative.

The federation suspended training on Thursday and told players to isolate after registering an 11th positive case among the playing group and 14th overall.

Their Six Nations game against Scotland, scheduled for Sunday at Stade de France, was later postponed and organisers are looking for another date for the match.

The FFR is investigating the origin of the outbreak, which saw scrum-half Antoine Dupont and captain Charles Ollivon among the players to test positive.

France, whose next scheduled game is against England at Twickenham on March 13, lead the Six Nations standings with two victories from two games.

They are looking to win the championship for the first time since 2010 when they completed the Grand Slam.