Home Lifestyle M1 MacBook Air vs Pro: What to buy and why to spend... 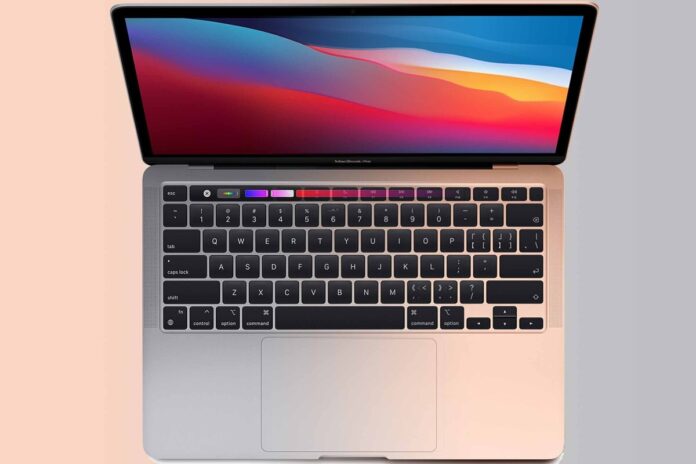 The first Mac laptops with Apple silicon have changed the game. But now that the MacBook Air and MacBook Pro models have nearly identical M1 processors, choosing which model to buy isn’t as easy as it used to be. That’s why we’re here to break it all down and take away the guesswork.

Neither the 13-inch MacBook Pro nor the MacBook Air is any different than the models they replace. They both measure the same 8.36 inches by 11.97 inches, and the Air still has a tapered edge that extends from 0.16 inches to 0.63 inches while the Pro has a fixed 0.61-inch height. And the Air is lighter at 2.8 pounds versus just 3 pounds on the Pro.

The inside is the same as well. Both feature a Magic Keyboard flanked with a pair of vertical speakers along with family sizable bezels around the display. A big Force Touch trackpad is centered below the keyboard and they come in the same colors: silver and space gray for the Pro and silver, space gray, and gold for the Air.

Our take: It’s a bit of a bummer that the design is so similar to last year, especially since Apple obviously had to do quite a bit of re-engineering to configure the old MacBook body for the new chip. But the design of both machines is very nice and shouldn’t sway your decision one way or the other.l

While both laptops already featured 13.3-inch displays, the Pro had a bit of an advantage with support for the DCI-P3 gamut for greater color saturation. Now the MacBook Air has that spec too, so the displays are nearly identical:

The only difference between them now is one most people aren’t likely to notice. On the MacBook Pro, the max brightness is 500 nits while the Air only reaches 400 nits. But both are brighter than your eyes can handle for an extended period of time.

Our take: Both of these computers have fantastic displays, but we’d still like to see some improvements with the next generation: mini-LED, edge-to-edge designs, rounded corners, anything to make it feel just a little more modern. Like the design, the display shouldn’t be a factor in your decision.

The Air and Pro have the same Magic Keyboard that launched last year, so you don’t need to worry about loud, sticky keys. Apple’s newest keyboard is a huge improvement over the old one and will feel great to type on. Both feature backlighting with an ambient light sensor as well as a Touch ID sensor for unlocking, authentication, and Apple Pay purchases.

The difference is with the function keys. Like the past several generations, the MacBook Pro features the Touch Bar, which is a thin OLED screen above the number row, while the MacBook Air has a standard set of function keys, which include dedicated keys for Spotlight (f4), Dictation (F5), and Do Not Disturb (F6) for the first time.

When it comes to ports, both models have a pair of USB-C/Thunderbolt ports on the left side and a headphone jack on the right. And that’s it. Apple does offer a pricier 13-inch MacBook Pro with four ports, but it uses an Intel processor, so you’re probably going to need to invest in a hub or at least a dongle or two.

And sadly, both new MacBooks use the same old 720p FaceTime camera, though Apple says images should be improved by the new chip. Apple is using a custom image signal processor as well as face detection in the Neural Engine in the M1 that it says will bring “clearer, sharper images” with more detail in shadows and highlights and “more natural‑looking skin tones.”

Our take: If your choice between the MacBook Air and MacBook Pro comes down to the keyboard, it’s a matter of preference. We still don’t see the point of the Touch Bar, but we don’t hate it nearly as much as we once did. Touch ID is great on both models and we like that the Touch Bar has a dedicated Escape key to the right of the Touch Bar. However, we’re not at all thrilled with the ports—two just doesn’t cut it on a “pro” machine. And don’t get us started on the camera.

Now for the moment, you’ve all been waiting for. Both of Apple’s new laptops feature the new M1 processor, which Apple claims is “the world’s fastest CPU core when it comes to low‑power silicon.”

However, like the iPhone, Apple isn’t giving hard data with those claims. But in our testing, both are incredibly fast, posting very similar Geekbench 5 and Cinebench R23 scores:

The slight difference in the scores are due to the slightly underpowered GPU on the MacBook Air we tested. Here’s how the models break down:

The extra GPU core with the MacBook Pro and higher MacBook Air configurations makes a slight difference, but unless you’re going to be encoding video for long stretches, it’s won’t be noticeable. What might be noticeable is the fan noise. The MacBook Air doesn’t have one and the Pro does, so you may hear it kick on at higher speeds. However, it also means the Pro can sustain high speeds for a longer time without throttling back due to overheating.

Our take: If you have a need for speed, upgrade to the MacBook Pro, but otherwise, the 512GB MacBook Air is the sweet spot of performance, storage and price.

When it comes to battery life, you can’t go wrong with either model. Even if you just go by Apple’s ratings, batterly life is vastly improved, with the M1 Air rated for 15 hours (up from 11 hours) and the Pro estimated to last 17 hours, a massive jump over the previous 10 hours. And that’s with the same Integrated 49.9-watt-hour battery in the Air and 58.2-watt battery in the Pro. So Apple’s new chip is extremely efficient.

In our testing, the MacBook Pro lasted a bit longer than the Air, but both were extremely efficient, with a near-40 percent increase over the previous Intel models:

Our take: You’re getting crazy good battery life no matter which model you buy, but if you want the longest-lasting MacBook ever, Pro is the way to go.

All four M1 Macbook models come with 8GB of “unified” DDR4 memory that can be upgraded to 16GB, as well as 256GB of storage with 512GB, 1TB, and 2TB upgrade options. Apple says the new SSDs are twice as fast as before across the board, but recent evidence suggests they might have a shorter shelf life than expected.

By running a routine check of their SSD health, some developers on Twitter have noticed more wear than expected after just a few months of use. Apple hasn’t responded so we don’t know how or if this will affect the longevity of the new MacBooks, so we have two suggestions: MacBook Air (512GB): $1,249
MacBook Pro (256GB): $1,299
MacBook Pro (512GB): $1,499

Our take: As we noted above, we recommend getting the best machine you can afford at the time of purchase since you won’t be able to upgrade down the line. But if you need to choose, we’d upgrade the RAM before the storage.

With a speedy chip, great battery life, a 13-inch display, and a pair of USB-C ports, the M1 MacBook Pro and MacBook Air have a lit of similarities. So much so we don’t think there’s a reason for most people to stray from the cheapest model and spend the savings on upgrades. We recommend the MacBook Air with a 7-core GPU and adding 16GB of RAM and 512GB of storage for a total of $1,399.