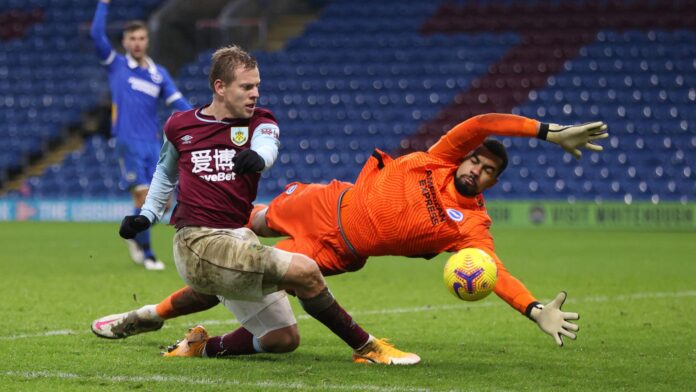 The role parents play in the development of footballers is a delicate yet crucial one, a fine balancing act of encouragement and managing expectations.

From his humble beginnings in the small Czech city of Chotebor, Burnley striker Matej Vydra only had eyes for football, often, as he admits, at the expense of his education.

Vydra’s blinkered pursuit of a career in football represented risk and uncertainty for his parents. The ruthless nature of youth football often cuts players adrift before their careers have the chance to take root, and Vydra’s parents didn’t want that fate for their son.

Ultimately, it was a pursuit that paid off. Vydra has gone on to represent his country 31 times and played for five clubs in England, but as he explains, the path he took, to this day, remains a source of family quarrels.

“The Premier League is the best league in the world, and you can call me a lucky person to come from a small city in the Czech Republic and play in the Premier League,” he exclusively told Sky Sports.

“That is thanks to my parents, because they supported me all of the time, and that wasn’t easy with a kid like me because I wasn’t the nicest guy. I only wanted to play football.

“They would tell me that I didn’t know what would happen in the future, and that I had to finish school, but the only thing in front of my eyes was football.

“Maybe [I was proven right in the end], but sometimes my Mum says she should have broken my legs and sometimes argues with my father if I’m not playing well! They almost fight each other and then my Dad says I’m not that bad.”

Vydra’s hometown was close to that of another Czech footballer making strides in the Premier League, West Ham midfielder Tomas Soucek.

“What’s funny is that I was born in Chotebor and 10km away, in Havlickuv Brod, is the city where Tomas Soucek is from,” Vydra added.

“We never crossed paths when we were growing up, but it’s quite funny that he was so close to my city and now we are playing in the Premier League.”

Vydra and Soucek will likely join forces this summer for the Czech Republic’s Euro 2020 campaign, which sees them paired with both England, Scotland and Croatia in Group D.

The dawning European Championships evoked memories for Vydra of the Czech’s most successful run in the competition in recent history, when they reached the semi-finals in 2004, and he hopes he can play his part as the current squad look to emulate some iconic names this summer.

“There were so many top players from the Czech Republic who achieved big things, like Pavel Nedved, Patrik Berger and Milan Baros,” he said.

“I remember Euro 2004; I was away in Slovakia when the tournament was on. The Czech Republic played Holland, we were losing 2-0, I remember Baro scoring and we won the game 3-2.

“All these memories are nice and are special for Czech football. When we were growing up, we looked to the big tournaments, now we have one [ourselves] with the Euros coming up.”

The closest I came to scoring was against Brighton and I was maybe missing a bit of luck in the second half. I’m not thinking about not scoring goals too much, that’s a good thing for me because when I think too much not many goals have come.

Before attention can turn to the Euros, there are two tasks Vydra must attend to first; helping Burnley secure another season of top-flight football, and, on a personal note, ending a 26-game Premier League goal drought which stretches back to February 2020.

The Clarets head to Tottenham on Super Sunday – live on Sky Sports – with a six-point cushion between themselves and the relegation zone ahead of a daunting run of fixtures which sees them face Leicester, Arsenal and Everton.

Vydra, whose three strikes this season have come in the cup competitions, hopes a timely return to goalscoring form in the league can come to Burnley’s aid.

“We’ve had a normal week to prepare for Tottenham and fingers crossed it’s going to be good for us because I don’t remember when we last had a full week of preparation for a game.

“We want to start this period with good results and performances, and hopefully everyone will be happy after Sunday’s game.”