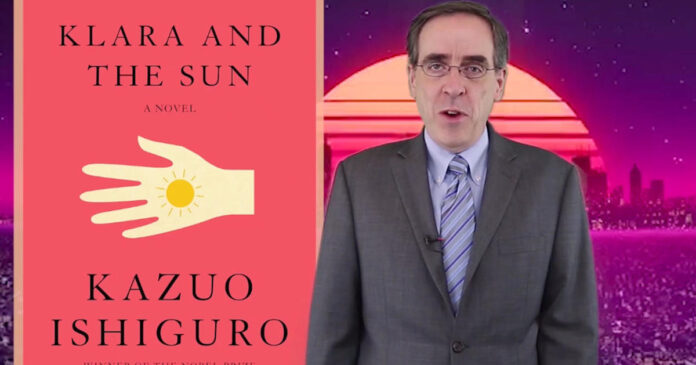 This cold winter has delivered a long shelf of fascinating new books. Here are just a few you might enjoy:

In 2015, Viet Thanh Nguyen published his first novel, “The Sympathizer,” about a communist spy who flees Vietnam after the Fall of Saigon and leads a double life in America. That fantastic novel won a Pulitzer Prize for fiction.

Now, Nguyen is back with a sequel called “The Committed.” It picks up with the next chapter in the life of a conflicted spy who’s remade himself yet again, this time to work for a brutal crime boss in Paris.

“The Committed” is a violent, often comic, deeply philosophical novel about the lasting wreckage of colonialism.

“The Committed” by Viet Thanh Nguyen (Grove Press), in Hardcover, eBook and Audio formats, available March 2 via Amazon and Indiebound

Read an excerpt from “The Committed”

“Klara and the Sun” is the first novel from Kazuo Ishiguro since he won the Nobel Prize in literature in 2017. This surreal story takes place in a not-too-distant future when androids serve as artificial companions to human beings.

At the opening, a sensitive, solar-powered robot named Klara gets bought by a woman for her sickly teenage daughter. The complicated relationships that develop offer a poignant exploration of faith, the nature of consciousness, and the future of humanity.

“Klara and the Sun” by Kazuo Ishiguro (Knopf), in Hardcover, eBook and Audio formats, available March 2 via Amazon and Indiebound

Read an excerpt from “Klara and the Sun”

The New Yorker magazine writer Elizabeth Kolbert has chronicled the planet’s crises in such celebrated books as “Field Notes From a Catastrophe” and “The Sixth Extinction.” Her new book is called “Under a White Sky,” and it’s a troubling examination of the elaborate and possibly futile efforts human beings are making to repair all the damage we’re doing to the Earth, as though we’re repainting the house while burning it down.

This is a book for anyone who wants to think hard about the most difficult choices we face.

“Under a White Sky: The Nature of the Future” by Elizabeth Kolbert (Crown), in Hardcover, eBook and Audio formats, available via Amazon and Indiebound

Elizabeth Kolbert at The New Yorker

Read an excerpt from “Under a White Sky”

If your life feels overrun by the toxic culture of social media, you’ll love “Fake Accounts,” by Lauren Oyler. It’s a wickedly funny novel about a young woman who discovers that her boyfriend is secretly an online conspiracy theorist.

Determined to be free of him, she leaves her job as a blogger and starts making up her own personas for online dating.

Full of witty commentary about everything from Instagram feminism to Twitter outrage, “Fake Accounts” captures Internet life better than any other novel I’ve read.

Read an excerpt from “Fake Accounts”

For these and other suggestions, contact your local library or bookstore. And remember: Reading is the world’s most enriching form of social distancing!

Until next time, read on!