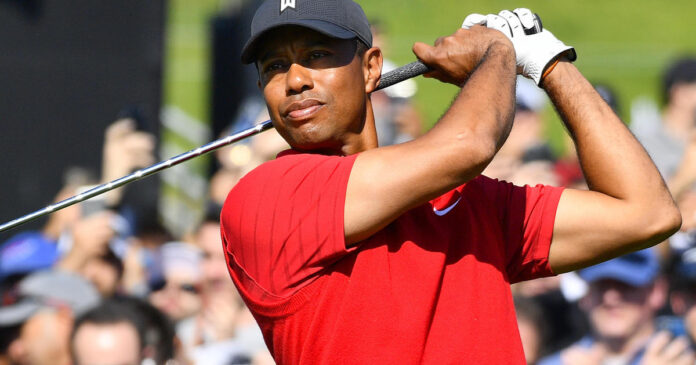 Medical experts predict that Tiger Woods will have a difficult road to recovery following his crash in Los Angeles this week. The 45-year-old golf legend suffered “serious injuries” to his lower right leg and ankle, which required emergency surgery.

The injuries caused “comminuted open fractures” to his tibia and fibula bones, meaning his bones had fragmented and pierced through his skin, according to Dr. Anish Mahajan, interim CEO at Harbor-UCLA Medical Center, where Woods was operated on. The doctors fixed the fractures with screws and pins.

“Additional injuries to the bones of the foot and ankle were stabilized with a combination of screws and pins. Trauma to the muscle and soft-tissue of the leg required surgical release of the covering of the muscles to relieve pressure due to swelling,” Mahajan said in a statement Wednesday.

On Thursday afternoon, Mahajan released a new statment saying Woods had been transferred to the Cedars-Sinai hospital in Los Angeles for further care and recovery. He said no further detail would be provided out of respect for Woods’ privacy, but on behalf of the Hourbor-UCLA staff he said it had been “an honor to provide orthopaedic trauma care to one of our generation’s greatest athletes.”

Deputies responded to the scene of the wreck Tuesday morning. While coming down a steep curve in the road, Woods’ vehicle hit the median before crossing into oncoming traffic, police said. Once hitting the curb, the SUV began to roll over before stopping in an embankment about 30 yards from the road.

Dr. Andrew Pollak, professor and chair of the Department of Orthopedics at the University of Maryland School of Medicine, said the injuries will “definitely” affect his golf game. “In many ways, he will likely need to relearn parts of the swing,” Pollak told CBS News.

Pollak said Woods’ injuries sounded similar to those of NFL quarterback Alex Smith, who suffered a gruesome fracture in his leg after taking a sack in 2018. Smith almost lost his leg as a result of a major infection that followed the injury. Pollak noted that Woods’ road to recovery would be much easier than Smith’s if he can avoid a similar infection.

Dr. Jaime Hernandez, an orthopedic surgeon in Southern California,  said Woods will require six months to a year of recovery, but returning to golf will also require the golfer to deal with any residual mental trauma from the crash.

Woods, widely considered one of the greatest golfers of all-time, has 82 career PGA Tour wins, including 15 major championships. He was recovering from his fifth back surgery and had not played since December.

Dr. Judy Rosenberg, director of the Psychological Healing Center in Sherman Oaks, California, said Woods will also have to overcome mental hurdles throughout his recovery. “He’s going to have to go through massive therapy, physical therapy and so on and so who he has been being, which is an athlete, may not be accessible to him for quite some time,” Rosenberg told CBS Los Angeles.

“Emotionally, he’s got a road to recovery because there is no way he will not be experiencing post-traumatic stress disorder,” Rosenberg said. “They may feel numb, disoriented, they may feel that they aren’t even living in this world like a sense of de-realization and confusion.”