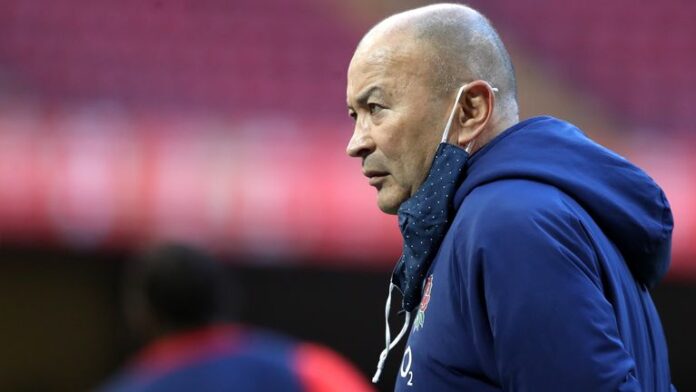 Wales fly-half Callum Sheedy came off the bench to kick 13 points in their Six Nations win over England, who conceded 14 penalties; Sheedy: “We knew if we could choke them enough, they would get ill-disciplined”

Callum Sheedy says Wales knew England’s discipline would crack “if we could choke them enough” after he put the boot into Eddie Jones’ team.

England conceded a damaging 14 penalties in their 40-24 Six Nations defeat at the Principality Stadium.

They imploded during the final quarter when substitute Sheedy kicked three penalties in nine minutes during a 16-point unanswered burst by Wales that meant Triple Crown glory and left them two wins away from a second Grand Slam in three seasons.

“It’s tough to say whether you are surprised teams give away penalties,” said Bristol fly-half Sheedy.

“It is like anything – if a team is under pressure, discipline starts to get a bit wavy.

“I haven’t watched the game back and whether they were, or were not, penalties. I don’t really care, to be honest.

“We knew if we could choke them enough, they would get ill-disciplined. Thankfully, that happened.”

While England begin to pick through the pieces of a Six Nations campaign in rubble, Wales march on with 14 points from a possible 15 in this season’s competition.

Tournament no-hopers Italy are next up on March 13, before Sheedy and company head to Paris for a Saturday night appointment with France seven days later.

Victories in both games would secure a fifth Six Nations clean sweep and sixth title, but Sheedy knows how quickly things can change – for better or worse.

“I couldn’t kick snow off a rope two weeks ago (against Scotland), according to the public, and now I will probably be a decent kicker!” he said.

“The people who build you up are the same people who shoot you down. You’ve got to take it with a pinch of salt.

“I hope the Welsh people enjoy this win, as they should. In tough, testing times, it’s great to get a win over England, and they should enjoy every minute of it.”

Sheedy is just seven Tests into his international career, yet he has already proved an integral part of Wales’ armoury under head coach Wayne Pivac.

And the 25-year-old has been around long enough to understand that this season’s big Six Nations prizes are still to be achieved.

“Let’s take each game as it comes and not get carried away with Grand Slam chat,” he said.

“We will keep our feet firmly on the ground. We will enjoy the Triple Crown, and then a big week ahead of Italy.

“Al, I know for a fact, won’t let any complacency get into this squad, and rightly so. We haven’t done anything yet.”