Home Culture Snoop Dogg stormed off of Twitch, but forgot to turn it off 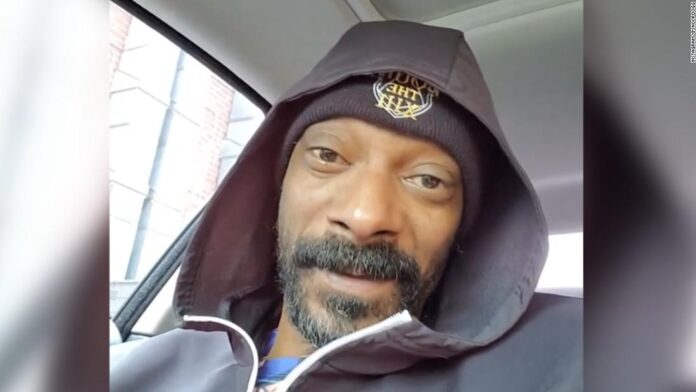 Just don’t make him mad.
That appears to be what happened Sunday as the legendary rapper was playing a bit of Madden football on Twitch.
For those who aren’t down with Twitch, it allows gamers to live stream themselves playing video games while also simultaneously interacting with their followers.
Snoop is a huge football fan, and co-hosted the recent “Puppy Bowl” with his bff Martha Stewart.
He even has his own youth league which grew out of him coaching inner city youngsters in the sport.
But any given Sunday isn’t always the best as Snoop found out while playing the Madden video game.
After his opposing team scored three touchdowns to the rapper’s zero, Snoop had clearly had enough as he offered up some expletives and stormed off.
Only problem was he forgot to turn off his stream which then ran for more than seven hours.
Thus proving that “with so much drama in the L-B-C, It’s kinda hard being Snoop D-O-double-G.”
CNN has reached out to a rep for the artist for comment.