Home Sport Smith commits All Blacks future through to 2023 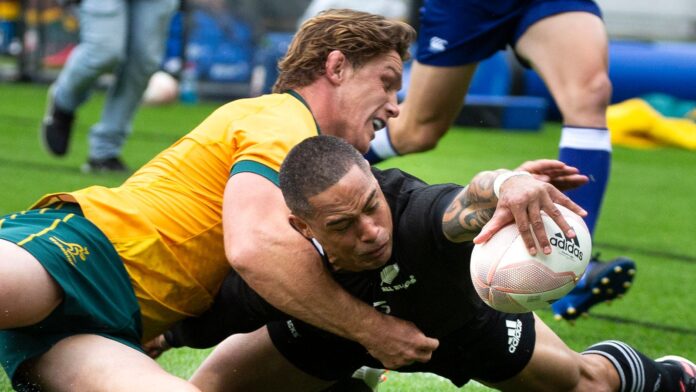 Aaron Smith is the most capped New Zealand scrum-half off all time and was part of their 2015 World Cup winning side; Smith, 32, has also extended his deal with Otago Highlanders in Super Rugby Aotearoa

All Blacks half-back Aaron Smith has re-signed with New Zealand Rugby through to the 2023 World Cup in France.

Smith, the most capped New Zealand scrum-half of all-time with 97 Test appearances, will also remain with his long-time provincial side Otago Highlanders as part of his extension.

“Last year was a tough one for sport, but hopefully we’ll soon see the world rugby calendar start to take shape and there’ll be plenty of exciting, new challenges to look forward to,” the 32-year-old said in a New Zealand Rugby statement on Tuesday.

Smith was All Blacks scrumhalf in the 2015 World Cup final win over Australia at Twickenham and during their run to the semi-finals in Japan in 2019.

“He is so instrumental in the way we play the game and is such a vital cog for us, both on and off the field, so this is fantastic news,” Foster said.

Smith played his 151st match with the Highlanders in New Zealand’s domestic Super Rugby Aotearoa competition last weekend and is only two away from reaching fellow All Black Ben Smith’s record (153) at the club.

“As co-captain, ‘Nug’ is a huge part of this team,” Highlanders coach Tony Brown said.

“He continues to be world-class and works extremely hard to maintain it.

“That hard work and professionalism is a fantastic example to the rest of the team, particularly the young fellows coming into the team.”