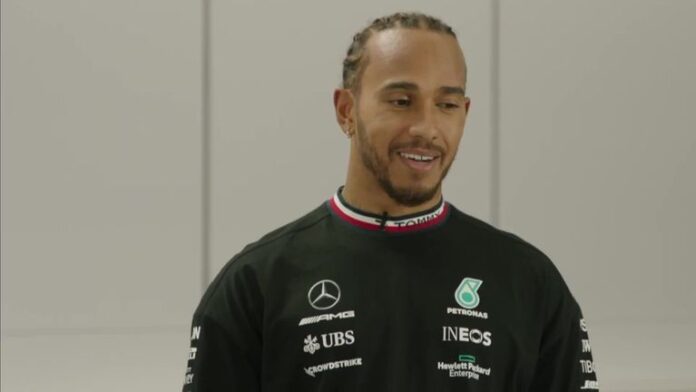 Why has Lewis Hamilton only signed a one-year deal at Mercedes for 2021? The Formula 1 seven-time world champion explains at launch of 2021 W12 car; Hamilton also says ‘action’ in equality push is his main priority this year

Lewis Hamilton says he only signed a one-year deal at Mercedes for 2021 because there was “no real need” to plan for the future, hinting that he may only sign short-term Formula 1 contracts from now on.

But the renewal was only for the 2021 season – a surprise given his previous contracts in the sport had all been multi-year deals.

Speaking at the launch of Mercedes’ new W12 car, Hamilton explained why.

“Firstly, I’m kind of in a fortunate position where I’ve achieved most of the stuff I wanted to achieve up until this point, so there’s no real need necessarily to plan too far ahead in the future,” said the Englishman.

Hamilton, set for his 15th season in F1, has not spoken of retiring but also doesn’t appear ready to commit long-term.

“We’re living through an unusual period of time in life and I just wanted one year,” added the 36-year-old.

“Then we can talk about if we do more, and keep adding it [by] one if we have to.”

Hamilton will be chasing an unprecedented eighth crown in 2021 but insists that is not his only goal as he pushes for more action in promoting equality and diversity in F1.

Hamilton used his high profile for powerful messages in 2020, both as a supporter of the Black Lives Matter movement and in calling for his sport to do more in improving diversity. The F1 star, who set up his own Hamilton Commission, also regularly took a knee ahead of races last season.

And asked if his priority for 2021 was becoming an F1 history-maker with eight titles, Hamilton stressed the importance of doing more in the fight against racism.

“The main priority in 2021.. in the past, it was about just winning the championship,” he said.

“This year, it’s all about pushing for diversity and really making sure there’s action taken. So that’s kind of at the core of the drive for me.”

Hamilton continued: “But of course we exist to win, that’s what all these guys and girls [at the factory] are working towards. And so that’s my goal, to deliver that for them.”