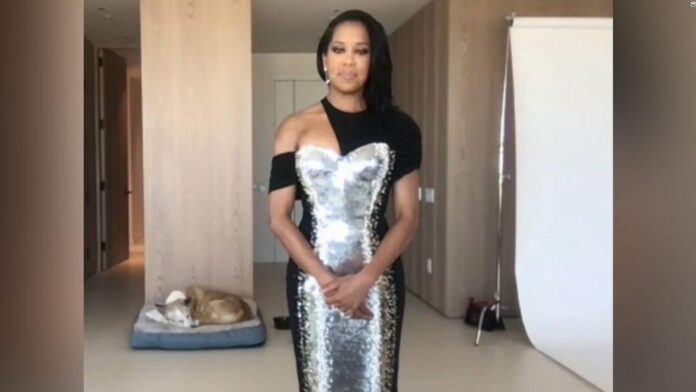 That’s the name of Regina King’s dog who seemed to win the hearts of viewers during the Golden Globes pre-show.
As King was showing off her Golden Globes outfit at the pre-show ceremonies on E! and NBC, Cornbread was just vibing behind her in a doggy bed.
“Regina King’s dog channeling my mood,” tweeted Thrillist writer Esther Zuckerman.
“Regina King’s dog just crashed her interview on the Golden Globes “red carpet” and that is something that should happen on every red carpet going forward,” tweeted author Riley Sager.
“The best accessory tonight is Regina’s King’s dog very very slowly getting comfy in his bed,” TV critic Kelly Lawler tweeted.
King is nominated for best director for her film “One Night in Miami.” She is one of three female directors in the category, a first in Golden Globes history.
King is the second Black woman nominated in the category.
Should she win, hopefully Cornbread will be awake to see the potential victory.