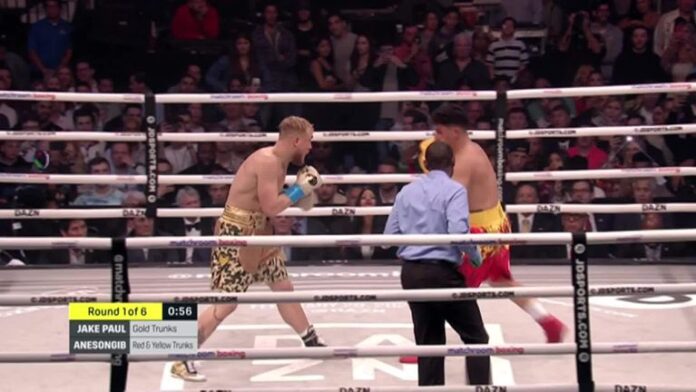 YouTuber Jake Paul lashes out at Tommy Fury: “You are Tyson Fury’s little brother? If you want to do something don’t let your brother do it for you”

Tommy Fury and YouTuber boxer Jake Paul have become embroiled in a war of words over a challenge to meet in the ring.

WBC heavyweight champion Tyson Fury was praising his younger brother on social media when he included: “Jake Paul, where you at?”

Paul, the online influencer who has won both of his professional boxing matches, responded to Tyson Fury: “He calls me out to fight someone – his brother! I didn’t even know he had a brother.

“You are Fury’s little brother? If you want to do something don’t let your brother do it for you.”

Tommy Fury, who found fame on Love Island, then hit back: “Mr Jake Paul, I don’t need anybody to do my dirty work. I’ll call you out right now myself.

“You can fight me any time, any place, anywhere. All you’ve got to do is get in touch.”

Tommy Fury, 21, extended his undefeated record to 5-0 last weekend with a second-round knockout of Scott Williams.

He will box the former UFC fighter Ben Askren on April 17. Askren has released footage of himself boxing as the fight looms.