Home World Is travel to France possible under Covid rules? 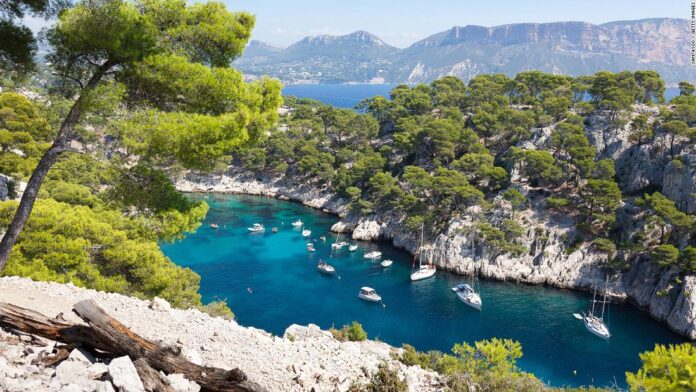 Editor’s Note — Coronavirus cases remain high across the globe. Health officials caution that travel increases your chances of getting and spreading the virus. Staying home is the best way to stem transmission. Below is information on what to know if you still plan to travel, last updated on February 24.

(CNN) — If you’re planning to travel to France, here’s what you’ll need to know and expect if you want to visit during the Covid-19 pandemic.

France has some of the most stringent Covid-19 restrictions in the world. Although it reopened to visitors over the summer, it went back into full lockdown during November and is only tentatively emerging now. Arrivals are limited to residents of the European Union and those who fulfill the French government’s exemption criteria.

The historic boulevards of Paris, the fashionable sweep of La Croisette in Cannes and the rolling lavender fields and vineyards of Provence. France remains one of the world’s most enduring tourist destinations.

With superb food, even better wine and landscapes and cities to satisfy every kind of traveler, it never disappoints.

Cross-border commuters are exempt from the mandatory test requirement.

From January 31, all travelers from outside the EU are banned from entering France unless they have a “compelling reason” for visiting.

Arrivals from the UK are currently restricted, thanks to the new variant.

What are the restrictions?

Those coming to France from countries outside the EU for “compelling” health, family or professional reasons are required to provide a negative test result taken within 72 hours of departure.

Once they’ve entered, travelers must spend seven days in quarantine at a location designated by the authorities before undergoing a second PCR test.

France has been one of the hardest hit countries in Europe, suffering nearly 3.7 million cases and more than 85,000 deaths as of February 24. However, the numbers are far lower than they were in early November, when more than 86,000 cases were reported in a single day. In late December, case numbers fell to under 9,000 a day. But they’ve since increased again, with 26,406 new cases reported on February 3. The situation remains critical, with ongoing concerns about hospital capacity.

France relaunched its test and trace app in October. TousAntiCovid is available for iPhone and Android devices.

What can visitors expect?

France has brought back many of the tough measures which marked out its first lockdown in early 2020. A nationwide nightly curfew from 6 p.m to 6 a.m came into effect on January 16. Bars, gyms, museums and theaters are closed, although shops and libraries are now open. Masks must be worn at all times on public transport and in enclosed public spaces.

From February 8, all teachers and children 7 and older are required to wear “category 1” masks, such as a surgical mask or an FFP2 medical mask while at school because of concerns that fabric masks may not provide a strong level of protection against the new Covid variants. Although ski lifts were expected to reopen by the end of January, the French government announced on January 21 that they will remain closed to the public for the time being.

While there have been calls for the government to impose a new national lockdown, President Emmanuel Macron has avoided this so far.

On February 22, Bernard Gonzalez, prefect of the southern coastal Alpes-Maritimes region, announced that a local lockdown would be imposed on the area, which includes Nice, Cannes and Antibes, for the next two weekends because of a rise in infections.

Residents will be permitted to leave their homes for just one hour per day, and they must remains within a five kilometer radius of their homes.

Olivier Veran, the country’s health minister, has previously stressed that it’s “possible and desirable” that France may not need to introduce national restrictions again.