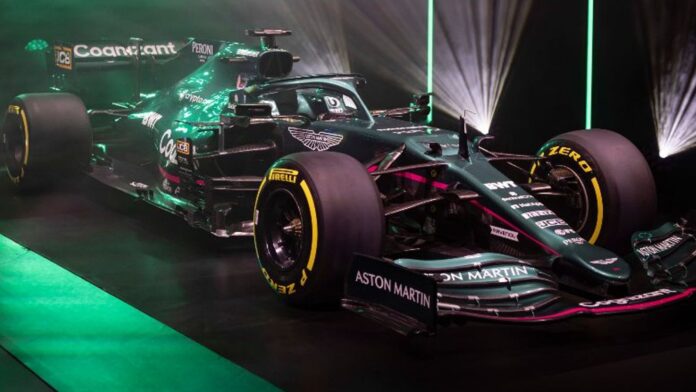 Aston Martin’s return to Formula 1 after a 60-year absence is underway after the new-look team launched their 2021 car for the new season at a star-studded unveiling.

Draped under a Union Jack flag before being revealed by Vettel and team-mate Lance Stroll, the car is based on last year’s competitive Racing Point challenger which won the penultimate round of the season in Bahrain and finished fourth in the Constructors’ Championship.

“This is just the beginning. The team is pushing forward, and our ambitions are limitless. We now have the pieces in place, the people and the partners, to make real progress.” said the team’s billionaire owner Lawrence Stroll.

After six rollercoaster years at Ferrari, Vettel arrives for a new champion as he bids to regain career momentum after a particularly difficult 2020.

“As a driver, I have always kept my eye on the competition and this team has consistently impressed me with what they have been able to do without the biggest of budgets,” said Vettel.

“So, when Lawrence [Stroll] and Otmar [Szafnauer] approached me last year, and explained what their ambitions were, I was immediately very motivated to join the team.

“I love the history of motor racing and Aston Martin is one of the great names of the past, so it is fun to be part of their return to Formula One after an absence of 61 years.”