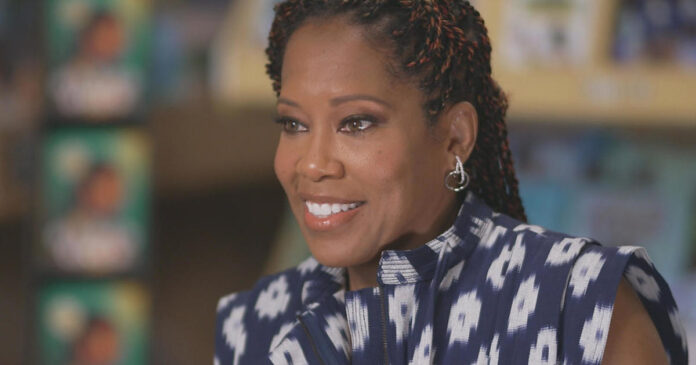 Academy Award-winning actress Regina King is generating Oscar buzz again this year for her motion picture directorial debut in “One Night in Miami,” the fictional account of a real-life meeting between Malcolm X, singer Sam Cooke, NFL star Jim Brown, and Cassius Clay (who later became Muhammad Ali). King tells Michelle Miller she believes God put her on Earth to tell these stories, in an interview for “CBS Sunday Morning,” to be broadcast March 7.

The characters in “One Night in Miami” discuss using their fame and their voices to make a difference, something King tells Miller, co-host of “CBS This Morning: Saturday,” that she thought a lot about after the killing of George Floyd.

So much so, she wanted to get the film out as quickly as possible: “When we become complacent and we don’t continue to be diligent – things lead right back to where we are,” King said. “So … it’s what makes the conversation in ‘One Night in Miami’ so urgent right now. Because Black people are dying in the streets … it’s happening again.”

What was her biggest takeaway from the entire experience?  “I think that God put me here to tell more of our stories,” King said. “It was the reminder that a Black story is an American story.”

King, who began her career in the classic 1980s TV sitcom “227,” and has won four Emmys and an Oscar (for “If Beale Street Could Talk”), talks with Miller about her career, the roles she’s played, her childhood, and how being a single parent changed the jobs she took.

She also gets emotional talking about the impact the COVID-19 pandemic has had on her, and coming to terms with people lost in the last year.

To watch a trailer for “One Night in Miami” click on the video player below: