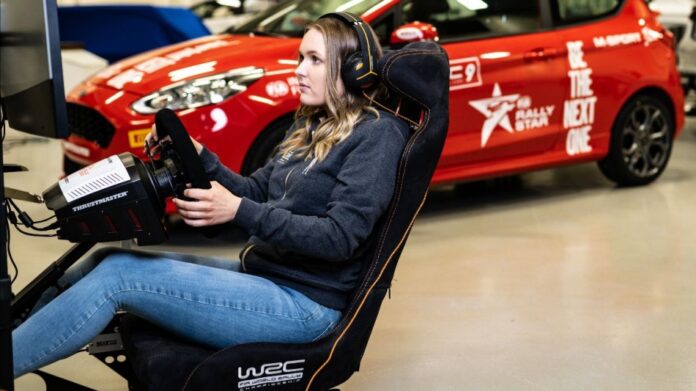 As the WRC drivers compete against one another on the icy roads of Arctic Rally Finland, FIA Rally Star online qualifying is set to get underway this weekend with the first #RallyAtHome challenge. Through the WRC 9 game, sim racers from all around the world can secure their place at one of the programme’s Continental Finals.

FIA Rally Star combines innovation and accessibility in its worldwide search for raw talent, offering 17 to 26 year-olds the chance to compete at home on their PC or games console.

Thanks to the partnership between the FIA, Nacon and KT Racing, the WRC 9 video game is the platform used to organise the #RallyAtHome challenges. Anyone interested in trying their luck must follow three steps in order to complete their registration:

The first #RallyAtHome Challenge will run from midnight on Saturday 27 February until 11.59pm on Thursday 4 March (CET – standard Central European Time). During this period, competitors may drive the brand new M-Sport Fiesta Rally3 on the stage specifically created for the #RallyAtHome Challenges. Each competitor will be allowed to complete up to one hundred recce test runs and five competitive passes. Only the fastest time set will count.

Once the challenge is finished, the FIA and Nacon will combine the standings from the various platforms, check the integrity of the performances and the eligibility of the competitors as per the sporting regulations of FIA Rally Star. The winner will qualify for the Continental Final corresponding to the country of their nationality. Where there are more than 20,000 competitors, the runner-up will also qualify for the final.

In total, there will be twelve #RallyAtHome Challenges, the last one being held in August 2021. So there will be plenty of opportunities to qualify for the Continental Finals, dealing with the specific weather conditions of each competition!

The second phase of the programme, the Continental Finals will be organised by the FIA throughout the world. Behind the wheel of LifeLive TN5 Cross Cars fitted with Pirelli tyres, the best drivers will compete against one another to secure one of the seven places for a competitive programme driving a real M-Sport Fiesta Rally3. The top drivers will then pursue their career in the FIA Junior WRC Championship.

In order to assist less-experienced racers, a series of tutorials is available on the FIA’s YouTube channel. Presented by Swedish driver Klara Anderson, the latest episode is entirely devoted to the #RallyAtHome Challenges.