Home Sport McIlroy: I got myself out of trouble 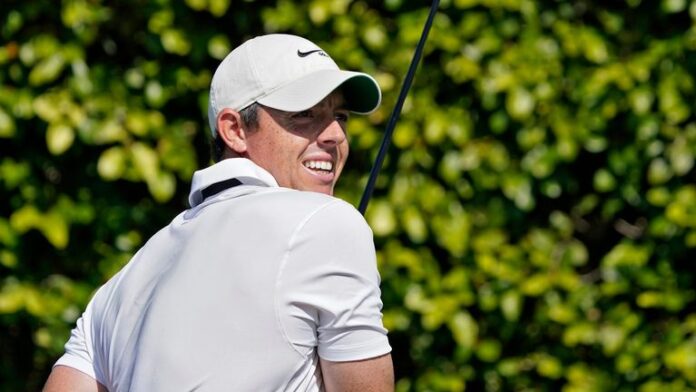 “Today was a bit more of a battle, but I stayed patient, and when I put it in trouble I got it out of trouble. It could have been the round that I shot 74 or 75, but I got in with 71 and pretty happy with that”

Rory McIlroy battled through a faltering swing during the second round of the Arnold Palmer Invitational and was happy to get round in 71 to stay within two shots off the lead.

McIlroy shared the first-round lead with Corey Conners after opening with an encouraging 66 that included five straight birdies over the second half of his opener, but he was forced into scrambling mode for much of Friday after his long-game sent him to all parts of Bay Hill.

A pulled drive into the trees on the first hole was a marker for the tone of his round, although he did hit back from an opening bogey with three birdies in four holes before a wild drive on the eighth led to another dropped shot.

The 2018 champion offset a birdie at 12 with a bogey at 13 where, like on the eighth, he had to pitch back to the fairway from the trees, and he was able to grind out a series of pars from unpromising positions as he retained a confident edge with his putter.

McIlroy signed his card and stopped briefly to speak to reporters before heading to the range to fix the problem, and he was clear on what he needed to work on.

“It’s pretty simple, the club was rotating a lot through impact,” he said. “I just need to stabilise it a little more, maybe just hit a few more hold-off shots and get my body working a little bit better through the shot.

“I hit a couple of those coming in and sort of held a five-iron on 17 and held a nice eight-iron in there on 18 and they felt a little better. So just going to try to sort of groove that feeling in before tomorrow.

“Today was a bit more of a battle, but I stayed patient. I picked off three of the par-fives, which is good around here, and when I put it in trouble I got it out of trouble.

McIlroy is wary of the adverse forecast for the third round in Orlando, with heavy rain and a strengthening breeze certain to test the resolve of the field, although a Bay Hill course playing softer and longer should be of benefit to the former world No 1.

“I think with the way the course is playing, and with the weather coming in, if you get it to double digits under par this weekend, you’re going to have a really good chance,” he added. “Around here, you don’t need to do anything special, you just need to be really solid, limit your mistakes.

“I feel like it was a day out there today that I sort of did that, with some good up-and-downs on the front nine. It could have been the round that I could have shot 74 or 75, but I got in with 71 and pretty happy with that.”